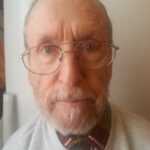 Cyril Ritchie was the secretary of the WUS committee in Ireland in 1955. Following the Soviet crushing of the 1956 Hungarian Revolution he spent eight months at the Vienna Field Office finding placements for refugee teachers and students. He lived in WUS Geneva from 1957 to 1964, developing WUS programs in Africa. After his time with WUS he became executive director of the International Council for Voluntary Agencies until 1978, followed by a series of positions with international NGOs, currently as president of the Union of International Associations. From 2012 to 2018 he was Visiting Professor at Kyung Hee University, Seoul. 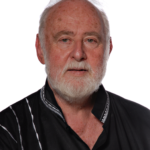 David Adler was Vice-President, International Relations, of the National Union of South African Students (NUSAS) from 1962 into the late 1970s. As a pioneering educationalist in distance education, he together with Theo Derkx, cooperated closely with WUS during the Apartheid-era, especially on the SACHED projects including the Prison Education Scheme. He was also associated as chairperson or committee member of some 20 Anti-Apartheid NGOs some concerned with training the leadership of the Mass Democratic Movement and with preparing leadership for the future Democratic South Africa. He was “banned" in 1978 together with Clive Nettleton and other SACHED/Mass Democratic Movement comrades. In Post-Apartheid South Africa, he served as the Chairperson of SAQA (South African Qualifications Authority) and was Chairperson of the Audit Committee of the National Development Agency (NDA). 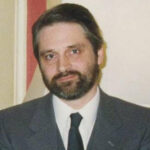 David Bull was WUS UK General Secretary from 1987 to 1990. He developed a passion for human rights at WUS, leading to subsequent leadership at Amnesty International and UNICEF UK. He was honoured by the UK government for his international work and was awarded the CBE. 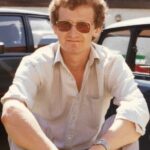 Originally student coordinator of the Oxford Refugee Scholarships Scheme for WUS, David Souter later became a member of the WUS UK national committee, 1978 to 1982, including several years as its vice-chair. His active time with WUS ended when he completed his doctorate. He worked subsequently in international relations (on the Cyprus problem, for an international development pressure group and as international officer for the British Labour Party) and in the information sector (including a period as chief executive of an intergovernmental communications agency). Since 2003 he has worked as an independent expert on the interface between the digital society and public policy, primarily in recent years to United Nations agencies. 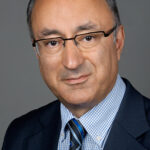 Dr. Kambiz Ghawami studied business administration and then received his doctorate in law. Since 1981 he is a board-member of WUS Germany and since 1983 chairperson of the German Committee of WUS. He has published numerous works on global learning, foreign students and development policy. He is a member of, among others, the University Council of the Vietnamese German University (VGU), the Board of Directors of the German Development Service (DED), the Board of the Working Group Learning and Helping Overseas, spokesperson of the Working Group Education - Local/Global in the Association of German Development Non-Governmental Organisations (VENRO) and member of the Advisory Group for Development Education of the German Federal Ministry for Economic Cooperation and Development (BMZ).

Elisabeth Kiørboe joined WUS Denmark in 1982 to develop the project portfolio in Latin America. This included expanding support to WUSI scholarship programs in South and Central America, identifying new partners and development projects for indigenous peoples and women in Chile and Bolivia as well as representing WUS DK on the Danish Refugee Council’s International Committee. With the opening of a WUS Denmark regional office in Santiago Chile in 1989, she became the first regional coordinator for Chile and Bolivia, 1989- 1992. The WUS DK regional office was then moved to La Paz, Bolivia. 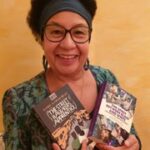 Dr. Esuantsiwa Goldsmith was employed by WUS UK between 1980 and 1988. She became the first women’s officer, establishing the WUS women’s campaign. As a British-Ghanaian feminist author, campaigner and facilitator, she has worked in the not-for-profit sector for over 40 years with more than 100 organisations on five continents, as leader, chair, director and consultant. In 2015 Leicester University awarded her an Honorary Doctorate for her lifetime’s work in Women’s Rights. Her most recent book is The Space between Black and White. 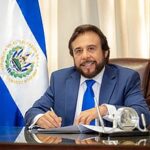 Félix Ulloa (jr.) is the son of the assassinated Rector. He was Professor of Political Science at the University of El Salvador, a founder and President of the Institute of Legal Studies of El Salvador, IEJES, that promoted the construction of the Rule of Law, for the defence of democratic freedoms and social justice. Throughout his career he has been a human rights defender, while more recently has had a prominent role in promoting democracy in different countries working with international bodies including NDI, UN, and the OAS. Today Félix Ulloa is the Vice President of El Salvador. 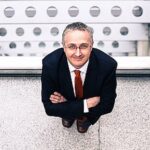 Professor Gerd Oberleitner was involved in 1993-1999 in the post-graduate courses in human rights for women in Africa, a joint WUS Austria and WUS Uganda program, and co-edited a collection of texts from the courses, The Human Rights of Women – International Instruments and African Experiences (ZED Books, 2002). He currently holds the UNESCO Chair in Human Rights and Human Security at the University of Graz, Austria and is Director of the European Training and Research Centre for Human Rights and Democracy at that university.