Germàn Monlina Valdivieso was executive secretary of WUS Chile. He was president of the Chilean WUS Centre, director of the International Organization for Adult Education and founder and vice president of the Chilean Human Rights Commission during the Pinochet military dictatorship. One of the founders of the Party for Democracy and holder of various party positions, he was Minister of Transport and Telecommunications during 1992-4, Chilean ambassador to the Netherlands (1994-7) and Minister of Labor and Social Welfare from 1998-2000. He has held several other senior government posts. He is a professional lawyer. 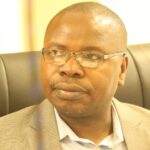 Godfrey Mphande is a development practitioner who has worked in international development for more than 20 years with the Canadian International Development Agency (now Global Affairs Canada) and Amnesty International. Since January 2018 he has been the Country Director for World University Service of Canada (WUSC) in Malawi. Working through a diverse network of partners, WUSC works to improve education, economic, and empowerment opportunities for young people. 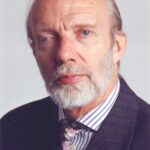 Harald Ganns was chairperson of the local WUS committee in Freiburg/Breisgau from 1959 to 1960, employee in the secretariat of WUS Germany in Bonn from 1960 to 1963 and its secretary general from 1962 to 1963. From 1963 to 1965 he represented the Association of German Student Unions (VDS) as overseas representative for West Africa, based in Dakar/Senegal. After joining the German Foreign Service in 1965, he worked at the embassies in Lomé/Togo and Madrid, among others. From 1980 to 1983 he was accredited as ambassador in Niamey in Niger, from 1983 to 1986 in Cameroon and Equatorial Guinea, from 1990 to 1993 in Namibia and from 1998 to 2000 in South Africa and Lesotho. From 2001 to 2007, he represented the Federal Foreign Office at the United Nations in Bonn. Since 2008, he has served as senior advisor at the United Nations in the UN Campus in Bonn. 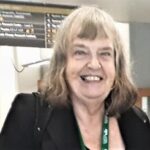 With a long history of involvement in radical student and development causes within Australia and internationally, Dr. Helen Hill was involved with WUS Australia in its later period. She became involved with Timor Leste, with a Master’s thesis on the independence movement, Fretilin, and with the Pacific through her thesis on Nonformal Education and Development in three countries of the Pacific at the ANU Centre for Continuing Education. As a result of supporting Jose Ramos Horta’s Diplomatic Front at the UN for Timorese Self-determination she was banned from going to Timor for 24 years. She spent two years in Fiji at the Commonwealth Youth Program updating the Diploma Course on Youth and Development at the South Pacific Centre. Much of this became the basis for a new course she introduced at Victoria University a new university in Melbourne. During the UN transitional period to independence in Timor-Leste she was able to return there and assisted Timorese activists to establish a Department of Community Development at the National University. After retirement from Victoria University, she was invited by one of her Timorese former students (by then Minister of Education) to work in the Ministry and has been in Timor-Leste since 2014. 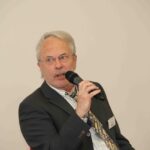 Professor Dr. Henning Melber is the same age as WUS Germany. He grew up in Namibia and joined SWAPO in 1974 as the son of German immigrants. He taught, earned his doctorate and habilitation in Germany, and returned to Namibia ostensibly permanently in 1992 as director of the Namibian Economic Policy Research Unit (NEPRU). As a critic of post-colonial conditions, however, he was sidelined and in 2000 moved to the Nordic Africa Institute in Uppsala, Sweden, as research director. There, he has been executive director of the Dag Hammarskjöld Foundation from 2006 to 2012. He remains affiliated to both institutions as senior advisor, is extraordinary professor at the Department of Political Sciences, University of Pretoria since 2012 and the Centre for Gender and Africa Studies at the University of the Free State in Bloemfontein since 2013, a Senior Research Fellow at the Institute for Commonwealth Studies/University of London since 2015 and since 2017 president of the European Association of Development Research and Training Institutes (EADI). 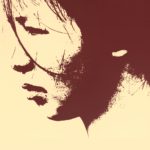 Hervé Hamon is the President of Entraide Universitaire Française (EUF).

Dr. med. Lehnert was elected as AStA chairperson in Bonn in 1956. He was part of the silent march with the DGB against the intervention of the Soviet Union in Hungary, founding Hungarian Aid, which was realised together with WUS. On April 21, 1958, he presented a study on urgent reform of student health care and proposals for its reorganisation. In November 1960 he participated in the meeting of the Executive Committee of International WUS in Geneva on behalf of Prof. Elbel. The main topic was "Student Health Facilities in Southeast Asia. In 1961 he joined the International Conference on Student Mental Health in Murten, Switzerland, organised by WHO, WUS, UNESCO; in 1962 he was at the Colombo, Ceylon Conference on Student Health in Southeast Asia and in 1962 at the "Help for Self-Help" international conference in Sooksu near Istanbul/Turkey. 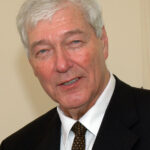 Prof. Dr. Ignaz Bender studied law at the Universities of Bonn and Freiburg, was Chairperson of the General Student Committee (AStA) at both universities, member of the International Committee of the Association of German Student Bodies (VDS), co-author of the VDS Charter (1962), VDS Vice Chairperson for International Affairs (1963/64), initiator of Aktion 1. July Education in Germany (1965) and initiator of the educational advertising campaign "Student aufs Land" (1965-1967). He did his Second State Examination in Law (1967) and was employee of the Ministry of Education and Cultural Affairs of Baden-Württemberg for the preparation of a study on the Causes of the Student Unrest (1968). He was Chancellor of the University of Trier from 1970 to 2001 and became president of the International Conference on Higher Education (ICHE) in 1989.

Irfan Hošic completed his PhD at the Department of Art History at the Faculty of Humanities and Social Sciences, University of Zagreb in 2011. He was Fulbright Visiting Scholar at the College for Creative Studies and Wayne State University in Detroit (2019/2020) and a post-doctoral researcher at the Ghent University (2013-2014). He is founder and artistic director of the Center for Contemporary Culture KRAK in Bihac in 2020. He teaches Art History and Modern Art and Design at the Textile Department at the University of Bihac.

Jakob Horstmann was an editorial assistant and then commissioning editor with the publisher Zed Books in London, UK. After leaving Zed, he turned freelance and continues to work with radical independent publishers and authors from around the globe.