German WUS assistance to students from the global south 1960 – 2 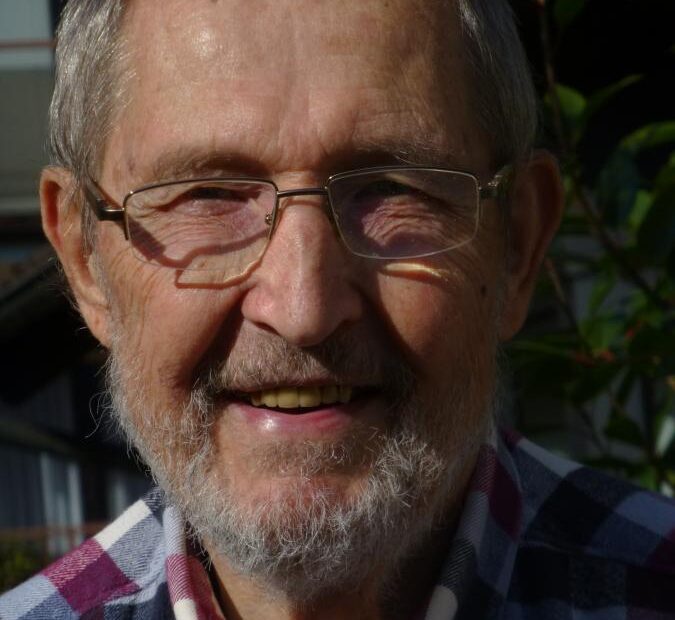 My first real job as Secretary General of WUS Germany was also the highlight of my professional career. After that, I was active in the fields of international co-operation for another half century, also in honorary posts in WUS and elsewhere, but never again at the level of Secretary General as I was at the time with the German WUS Committee from 1959 to 1960. What occupied us at that time can easily be illustrated by the publications of those years.

It was the time of decolonisation and the emergence of new, independent states in Africa and Asia. At the same time, foreign students were coming to German universities in large numbers. The context of this development was obvious, but not without tension and excitement. The Indonesian students came to us because of and in struggle against the Dutch colonial policy, and the Algerian student union UGEMA rightly expected solidarity from their fellow German students. While we were able to celebrate with great joy in Bonn with the Nigerian students the independence of their country in 1960, we also had to deal with some confrontation. In my time at US universities, I had learned that you don’t have to shy away from that when it comes to human rights issues. The growing number of foreign students led to a flood of seminars and conferences, most of which dealt with the subject of their care. (According to Dolf Sternberger’s Dictionary of the Inhuman, care is “that kind of terror for which the victim has to be grateful.” And even in our new millennium, the opinion could still be heard from responsible representatives of the University of Bonn that foreign students had to pay higher tuition fees than German students because, as is well known, they need more ‘care’)

At the suggestion of the unforgotten Dieter Danckwortt and other experts, not least also humanly open-minded practitioners such as “Moff” Mellinghoff, WUS at that time took up the subject of studying abroad in accordance with its statutes.

And it was here, at a conference on “Academic Freedom and Foreign Studies” in Haus Villigst, that the aspects of the political activity of foreign students were dealt with for the first time. There was clear support for foreign student associations and for freedom of political expression.

1960 was called the Year of Africa. In WUS, Wulf Wülfing compiled a pamphlet to contribute to an initial orientation in the student body in view of the general ignorance. In it you will find, among other things, real gems such as the essay by the great literary figure Janheinz Jahn with translations of poems by Léopold Sédar Senghor (1906-2001) and Aimé Fernand David Césaire (1913-2008), a detailed report by Jonathan Grigoleit on WUS projects in Africa and, in the final section, a statistical overview of all African countries.

A General Assembly of international WUS took place for the first time in Germany. The conference in Tutzing, Bavaria, was an event of great importance and publicity. At that time international WUS had 40 active national committees and German WUS had 14 university committees. President Lübke dedicated a message of greeting to the meeting, and Ludwig Erhard not only chaired the high-profile honorary committee, but also appeared at the event as one of the keynote speakers at the symposium, which that year was devoted to the theme of “Access to Higher Education.”

This then led to an exchange of verbal blows between him and the representatives of a progressive education policy on the issue of student funding. At that time, the French student association advocated a so-called “student salary”. The VDS chairman Dietrich Wetzel did not even want to go that far. But he demanded, beyond the “Honnef model”, a support system for the entire education system, as it is aimed at in our days in the meantime with the extended BAFÖG. Professor Erhard then deviated from his manuscript, which was geared to development policy, in order to give the “honoured young friend” a piece of his mind based on his life experience.

He said, for example: “These were not the worst students, who struggled through their studies and perhaps even starved themselves a little at times. And it used to be a matter of course when a son or daughter studied in a family that it was understood that it would cost sacrifices and that sometimes you would have to tighten your belt a little and deny yourself something in return … Access for everyone! But not in such a way that the student already feels like half a state pensioner … That, however, I would consider a mistake, and such a sin would have to be avenged.” For the rest, however, the whole conference then appeared as a harmonious-co-operative enterprise with abundant “meeting of minds” at a high academic level. International WUS once again presented itself as a pioneer of global civil society.

The next conference was held in Tokyo in 1962. There, too, the ideas of the student body present gave the meeting a special accent.

One of the major themes of UNESCO in those years was the encounter between Orient and Occident.  At the German Committee of WUS we were courageous enough to propose, together with the German UNESCO Committee, an international seminar of several weeks in Nicosia, which fortunately was welcomed by the Republic of Cyprus and sponsored by UNESCO and the German government. Sixty participants from Germany, Cyprus and countries of the Middle East met in September 1962 for lectures and discussions on “The Spiritual Encounter of Orient and Occident,” dealing essentially with the history of this encounter in Cyprus, which indeed seemed as fascinating in the past in antiquity and the Middle Ages as it was uncertain in view of the future.

Cyprus had become independent in 1960 and had given itself a constitution that was supposed to represent a fair balance between the population groups of Greeks and Turks and whose interpretation and observance was entrusted to a constitutional court chaired by the Heidelberg jurist Ernst Forsthoff.

We almost missed the historical window of opportunity for such a project. Even then, potential insurgents such as Niko Sampson could be seen in the relevant pubs, and at the end of 1963 the open civil war actually broke out. This was followed by the invasion of a UN peacekeeping force, and later by the Turkish invasion and the de facto division of the island, although in recent years it has been precisely the Turkish population that has spoken out in favour of a future reunification within the framework of the EU.

In 1962, in any case, the rising tension was already palpable in the background, even if the Cypriot authorities, especially the ethnic group leaders Clerides and Denktas, met us with courtesy and reliable co-operation, and the historians of both sides were pleased with the chance to meet and exchange their research results in their own country on the neutral ground of our seminar. Only the photo on the cover of our program brochure was not acceptable to the Greek side. It showed a Romanesque church structure surmounted by a minaret. We then printed a second version with an ancient Greek motif. The qualified scientific lectures and the excursions to ancient sites were then very successful.

When my wife and I visited Cyprus again recently, we were surprised to find Mr Clerides and Mr Denktas still there as lively fellow octogenarians. Politics, of course, is in the hands of a younger generation, and there is certainly hope that confrontation and division can be overcome in the foreseeable future with some good will and European help.

German WUS has taken a lot with it, learned and experienced a lot. However, it lost the guest gift of the Cypriots, a valuable clay vase from the eighth century B.C. According to reports, it somehow and inexplicably got lost in the WUS secretariat in Bonn. If one knew that in Cyprus! 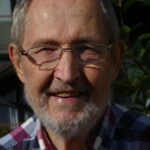 Dr. Manfred Kulessa was General Secretary of the WUS German Committee 1959-60, then a board member. He worked in ecumenical, governmental and international development service, from 1974 to 1988 he was director at the United Nations Development Programme (UNDP). Dr Kulessa worked abroad in the USA, India, Turkey, Nepal and China. He was Honorary consul of Bhutan, is presently board member of the Deutsche Bhutan Himalaya Gesellschaft e.V. and works as an author and scientific consultant.

Tags:1960sHuman rightsGermanyeducation
previousLocal and international German WUS activities in 1960
nextSolidarity with students and the Algerian war of independence