My WUS journey working as international treasurer, 1979 to 1998 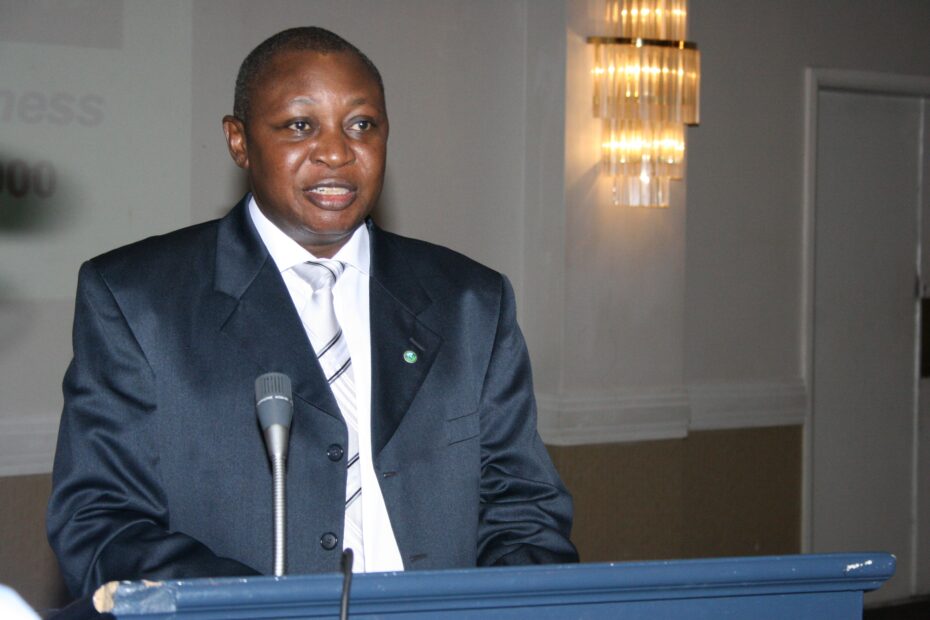 Upon my departure from Manchester, I kept in contact with George Mayatsa. I left Manchester in 1980 but by 1981 I was back in Europe. This time I went to Konstanz University in Germany to pursue my Ph.D. studies in Economics. While at Konstanz I was lucky to participate in one of the World University Service Germany summer activities. This is how I came to know Dr. Kambiz Ghawami and also got to know more about World University Service. By this time my colleague George had completed his studies at Manchester and had become employed as Associate Secretary for Africa at the World University Service Headquarters in Geneva, Switzerland. Upon completion of my studies in Germany, I visited George in Geneva before flying back to Zambia to take up an appointment as a lecturer in Economics at the University of Zambia.

Given my contacts with WUS I was determined to contact WUS in Zambia and participate in its activities. This proved a bit difficult because as I and other colleagues interested in getting involved discovered, WUS Zambia at that time was going through a very trying period. Around 1985, WUS Zambia was essentially involved in administering the South Africa Namibia (SAN) Scholarship program. Students from South Africa and Namibia (two countries still under undemocratic rule), were offered scholarships to study in Zambian institutions to complete secondary school level education as well as to pursue post-secondary school training either in colleges or in the University of Zambia. In earlier years WUS Zambia had also supported students from other Southern African countries still under colonial rule such as Mozambique, Angola and Zimbabwe, but by 1985 South Africa and Namibia were the two remaining ‘un-independent’ countries in the sub-region. At the same time, the United Nations (UN) had established the Institute for Namibia in Lusaka at which Namibians were being prepared for the task of running the affairs of their country in the near future. Many of the students at the UN Institute for Namibia were also accorded practical training in some of Zambia’s ministries especially at the National Commission for Development Planning.

In 1985 WUS Zambia was facing problems relating to the maladministration of resources of the SAN Program. When we realised the extent of the problem and the negative impact this was having on refugee students, I and some colleagues such as James Ma[1]tale, Gilbert Mudenda etc. decided to take over the affairs of WUS Zambia from a Mr. Simapungula led administration. This is how I became chairperson of WUS Zambia in 1986. Mr. Ngande Mwanajiti from the previous administration became a critical collaborator in sorting out the mess. Furthermore, Trevor Abrahams was put in charge by the international office of WUS to sort out the Zambian mess. He was later employed as Associate Secretary for Africa in Geneva after George Mayatsa left WUS

By 1988, possibly as a result of my active participation on the finance committee of the General Assembly in a bid to resolve our WUS Zambia problems, I was elected as Treasurer of WUS (International) Executive Committee (EXCO). Some of the members of EXCO at that time were Hugo Miranda (President), Prof. Randhwa (Vice President), Nigel Hartley (Secretary-General), Dr. Kambiz Ghawami (WUS Germany) and Mr. Seao Santho. In 1991, at the General Assembly held in New Delhi, India, I was nominated by the African group and eventually elected President of WUS International. By this time there were also a lot of developments in our operational environment. On a personal note, I had left academia in 1987 and was now working in the Zambian Government administration as Permanent Secretary, initially at the Ministry of Finance (1987) and later at the Cabinet Office (1987-1993).

Operationally, Namibia became independent in 1991 and South Africa was heading towards independence. Regarding South Africa, the apartheid laws were being dismantled and it was now possible for an organisation like WUS to open an office there. When our office was opened in Cape Town our first head of that office was Mrs. Phumzile Ngcuka, who was later to become Vice President of the Republic of South Africa. Other prominent South Africans associated with WUS at the time included Mr. Smuts Ngonyama who was prominent in the ANC in Cape Town and was President of WUS South Africa. He later worked as a close aide to President Thabo Mbeki. Later when I became Governor of the Bank of Zambia, I got to learn that my counterpart at the Reserve Bank of South Africa, Mr. Tito Mboweni, had been sponsored by WUS when he was doing his first degree at the University of Lesotho at Roma and Mr. Seao Santho a long-serving member of EXCO and a great WUS colleague of mine had been his lecturer at the University of Lesotho. With the independence of South Africa in 1994, the SAN Programme effectively came to an end as the donors now channelled their resources directly to South Africa. With this end also began serious financial problems for WUS International.

The 1990s and the wind of change In recognition of the imminent end of SAN financing, WUS (International) had started a restructuring program which saw a very drastic reduction in staff levels. From levels of almost thirty (30) members of staff, less than 10 remained in place by 1994 when South Africa became independent. The Secretary-General, Nigel Hartley, who was at the centre of this process, unfortunately, became ill and eventually died in 1995. I immediately appointed Mrs Ximena, the Associate Secretary for Latin America and long[1]est serving member of the International Secretariat who was based in Chile at the time, to act as Secretary-General. The biggest problem for us at that time was the failure to develop new programs that could generate adequate funding to sustain the international network that had been built over the years.

The more successful national committees such as WUS Germany and WUS UK had strong national activities but their funding was domestic and could not contribute to the support of the international secretariat. To sustain the skeleton staffing at the international secretariat the organisation resorted to bank borrowing collateralised by the only asset of the organisation, the villa in Geneva. This process could not continue beyond the value of the villa. At some point, we were forced to sell the villa to pay back the bank loans. This was one of the most difficult decisions I had to make in my entire association with WUS because to a number of people the villa represented WUS itself. For me, the decision made sense as it enabled the organisation to wind down its activities in Geneva while remaining in good standing financially. Upon closing down in Geneva, the organisation maintained a skeleton presence and staffing in Copenhagen while awaiting the next General Assembly, which would determine the future of the institution. At this time, I had moved from Zambia to Cote d’Ivoire where I had taken employment as Executive Director at the African Develop[1]ment Bank (1995-1998) and later as Senior Advisor to the President of the African Development Bank (1998-2002).

This issue of financing of the General Assembly was finally resolved in 1998 when through some contacts in November 1998 I met Sheikh Qasimi, the ruler of Sharjah, United Arab Emirates. The Sheikh agreed to meet in full the cost of holding the General Assembly. The Sharjah meeting agreed that in the future more innovative ways of holding the international network together would have to be explored. I ceased to have an effective role in WUS with the end of the Sharjah General Assembly. I strongly felt that this was necessary in order to enable the organisation to find its new direction under new leadership. I returned to Zambia in 2002 to assume the position of Governor of the Bank of Zambia where I have been to date. WUS Zambia long ceased its operations. During this period, I have met some former sponsors of WUS such as Mr. Tito Mboweni who have expressed interest in establishing some form of WUS Alumni Association in the region. To me, this appears to be a very good idea given the large number of people that benefitted from WUS programs and who could currently be in very senior and influential positions in the region. This is probably the best way by which we can honour the great work undertaken by WUS in the African Region over a long period of time. This could also enable those who benefitted from WUS to give something back to the disadvantaged members of our society.