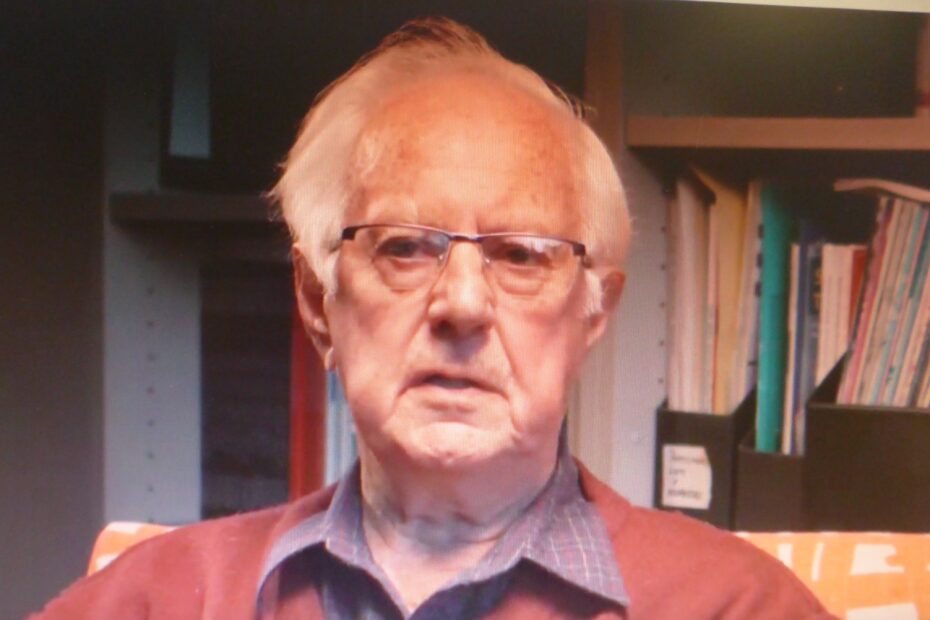 Student life in the later 1950s, when I returned to Melbourne after six years away, seemed to be very much like what it was when I left. The two big political clubs were still strong although an ALP Club had split from the Labor Club and involved persons like John Cain Jr [later Victorian Premier] and a number of SCMers like Herb [among other roles, Reader in Indonesian at Monash University, leader of the drive for a national Chair of Peace Studies, and behind the volunteer scheme for service in Indonesia] and Betty Feith.  The SCM [Student Christian Movement] was still a very active group and still could command elected seats on the Students Representative Council. Somehow my link with the ASCM and then with the British SCM meant that I was asked to be the staff chair of World University Service Australia (WUSA), a student aid organisation which raised money for students in less developed countries but was also concerned about the Australian student scene.

WUSA had been initiated earlier by the joint action of the ASCM and the National Union of Australian University Students, two bodies that had automatic seats on the WUSA national Executive Board. The Board employed a student as full-time officer on a subsistence wage. This person was responsible for publicising in creative ways among the students in the eight universities the need for funds and to suggest ways to raise them. WUSA annually raised a relatively large sum via a Miss University competition that ran for several months and culminated in a Ball when the winner was announced. These were pre-feminist days and I do not remember much criticism. Christine [Peter’s wife] (also before her feminist awakening) and I presided over the Ball for a number of years and presented the awards. In conjunction with other academic travel opportunities I went both to Sri Lanka and to Delhi, India on WUS business as well as visiting the international office in Geneva, Switzerland.

WUSA was also politically conscious, behoven to its two Australian founding bodies’ emphasis on social justice and student welfare in the Australian academic context. I remember working with some others on student funding when we found a small but excitingly relevant booklet by Professor Prest of Manchester whose brother was also a Professor of Economics at Melbourne. In this booklet, Professor Prest outlined a delayed funding scheme for students’ fees to be recovered by a small tax charge when the student began to financially benefit from his/her degree (essentially the Higher Education Contribution Scheme, HECS). Late in the 1960s we started to promote this scheme which was so much more equitably just than the scholarship approach that was the alternative to fee paying that continued to prevail long after I had benefited from it in 1945. The election of the Whitlam Government in 1972 with its ‘halcyon’ free university education, of course made our scheme redundant! Minister Dawkins revived the Prest ideas as the HECS scheme at the Labor Conference in 1987.

I met Tom Roper, a prominent NUAUS person, through WUSA about this time and found a mutual interest in inequality of school education in Australia. My publication of “Rights and Inequalities” and his powerfully illustrated “Myth of Equality” in 1971 became the major sources for action on disadvantage in schooling by the Schools Commission that was established following the Whitlam  Government’s victory in the 1972 election.

By the late 1960s Australia’s involvement in Vietnam was becoming an urgent and fierce political issue in Australia and it had special significance for students because of the Liberal/National  Government’s decision to use a ballot of birthdays to compel a fraction of 18-year-old males into military service. Somehow we became aware that sections of WUS had been infiltrated by the American CIA and was being used for intelligence re this American war in which Australia was a complicit partner. Accordingly we decided that WUSA should cease functioning and I helped Brendan O’Dwyer, our last fulltime officer, get a position in Australia’s wider international aid scene. I am unaware of WUSA being revived in Australia.

WUSA was an example in academia of the good, and not so good, of post-colonial guilt.

Peter Fensham was emeritus professor of Science Education at Monash University, after 25 years as the first such appointee to that position in Australia. Previously, he was reader in Physical Chemistry at the University of Melbourne. In addition to chairing WUSA, he convened a series of lectures to recognise the 25th anniversary of the Universal Declaration of Human Rights, published as a book titled Rights and Inequalities in Education, that became foundational for the Commonwealth Schools Commission in the 1970s. Involved with science teachers in every state, he became the first nationally appointed president of the Australian Science Teachers Association in 1971. He has been a leader in research into science education, best known for his seminal paper ‘Science for All’ in 1985. In the early 1970s he was the Australian participant in the UNESCO/ UNEP meetings that established Environmental Education internationally and was, with others, instrumental in establishing the Australian Association for Environmental Education in 1981. He has also worked in many countries overseas, both developed and developing. Sadly, he died in August 2021.