In November 1965, Rhodesia’s white colonial government, representing 5% of the population, made a unilateral declaration of independence. By the early 1970s a guerrilla war had begun between the army of this unrecognised government and two combatant groups of black Zimbabweans. In 1978 a peace agreement was reached and by 1980 a majority elected government ruled an independent Zimbabwe. In 1982 WUSI held its international Assembly in Zimbabwe. It was addressed by the then popular President Mugabe.

In the early 1970s, WUSI realised that it was important to act in “Rhodesia” to address the institutional racism that existed particularly in education. Schooling was segregated, and although education at primary, secondary boarding schools and tertiary level were open to Black students, there was limited access to quality education for Black Africans. Racial segregation of schools was based on funding and was most extreme in the 1970s. Only a few per cent of “Rhodesia’s” population were White “European”, but their children were allocated around 90% of government spending on education. Funding of secondary schooling was disproportionally offered to “Europeans” rather than Africans. In the 1970s, only 43.5% of African children attended school, mainly rural missionary schools, while only 3.9% of these children enrolled in secondary school. Almost all white European children attended primary and secondary schools.

WUS Secretariat in Geneva mobilised the international movement to respond to this, in particular the national committees in the UK, Canada, Denmark and Rhodesia/ Zimbabwe.They also mobilised Swedish SIDA as a major donor. WUS was able to identify a multiracial group of educationalists, based at the University of Rhodesia, including Teddy Zengeni, Dai Jones, Knotty (AP Knottenvelt), and Chris Mutambiro.

They developed innovative educational programmes to provide bursaries for Black pupils in secondary schools, in technical colleges and at University. They were volunteers committed to take practical measures to overcome the institutional racism and to educate Black pupils for an independent Zimbabwe.

WUS developed a programme of assistance for Black secondary school students working with 75 principals of schools throughout the country. Awards were based entirely on need, priority being given to children whose parents were widowed, disabled, displaced, living in “protected villages” or detained for political reasons. In 1978, 1300 students were funded for which WUS raised a little over SF 300,000. Some students were supported for courses at technical colleges including ones run by the YMCA and the Salisbury Polytechnical College.

At an early stage it was seen to be crucial to help build the cohort of well-educated black Rhodesians graduates to prepare for meeting the needs of a liberated Zimbabwe. It was evident that education at the University of Rhodesia had a crucial role to play. The very first university scholarship was awarded in 1964 to a young woman who refused a grant awarded by the government because of the conditions attached: students who accept official (and limited) aid must agree.to avoid all political activity and to work for the state after graduation. Award holders were often highly politicised, a fact which probably explains why as many as 8% of WUS students by 1978 had joined the guerrilla forces in Mozambique. Others were expelled from the University and were supported by WUS in the UK and Canada.

The university scholarship programme expanded considerably in the 1970s. The escalation of the war for independence and the resultant mobilisation of the White minority meant the number of White students at the University of Rhodesia had plummeted freeing significant number of places for Black Africans. By 1978 WUS supported 750 of some 1600 undergraduates, and in 1980 there were 942 students being supported by WUS with 664 of these supported through WUS (UK).

The Rhodesia/ Zimbabwe committee, functioning on a voluntary basis, helped administer this large programme with considerable success. With WUS (UK), they helped disseminate an important statement by Black staff in 1978, “The University of Rhodesia and Constitutional change”. Following Zimbabwe’s independence WUS offered advice and assistance to many Zimbabwean refugee students who were studying in the UK and wanted to return to help Zimbabwean development.

The scale of WUS’s major contribution meant that Zimbabwe had more graduates than any other African country at independence. In 1980 the Zimbabwean government showed the importance it attached to education by legislating to make primary and secondary education free and allocating 17% of its budget towards this. 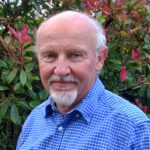 Alan Phillips was WUS (UK) General Secretary from 1973 to 1981. He moved on to help establish the British Refugee Council in 1982. In 1989 he was appointed Director of the Minority Rights Group International, leaving it in 2000 to become the UK expert on national minorities at the Council of Europe and its President until 2010. In recent years he has helped save WUS UK archives and supported research on its historic work. He has been honoured by the Chilean and UK governments, as well as by the University of Warwick.

Related articles
Tags:ZimbabweRhodesiaeducation1970sWUSI1960sRefugees1980sUKHuman rightsscholarships
previousWUS Zambia’s work with refugees during wars of liberation, 1987 to 1992
nextWUS in Ceylon, India and Pakistan