One hundred years of WUS 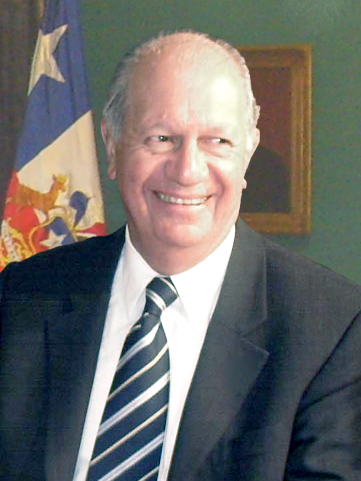 The 100 years that World University Service (WUS) celebrates are a source of joy for all those who fight for the respect of human rights, freedom of spirit and thought. During this century, WUS has served enormously on all continents and also, by the way, in Latin America, promoting higher education programs in the most deprived sectors of the region, as well as defending free-thinking at critical moments in our recent history.

My first contacts with WUS came in difficult times when, after the coup d’état perpetrated by Augusto Pinochet in 1973, as Secretary General of the Latin American Faculty of Social Sciences (FLACSO), we sought a way for a significant number of university professors, postgraduate and under-graduate students to continue their work or studies abroad in the face of the impossibility of doing so in the Chilean system. Many teachers from Chile obtained a WUS scholarship to travel to seminars that were quickly organised for this purpose in Argentina or other neighbouring countries. Finally, many of these teachers settled in Europe, specifically in countries such as Germany, Italy or Sweden who were very generous in welcoming so many compatriots. In this huge intellectual diaspora, WUS was faithful to the principles on which it was founded. Through the „WUS scholarships“ a policy of aid was implemented that allowed hundreds of Chileans not only to put their lives to safety and have a support network in the early years of exile, but also to continue their studies, improve themselves professionally and have a space in which to develop teaching or research.

Over time, Chileans studying abroad began to want to return to Chile. For my part, I returned to the country in May 1978 to take up a position at the ILO. Within days of my arrival, the British Professor Dudley Seers (Chairperson of the WUS UK Awards Committee) met me to ask me to organise a return committee for those Chileans who were in a position to return. Those Chileans who were abroad had already finished their studies and the mission was to find them a job according to their academic training, without involving a risk to them or their families. The task wasn‘t easy. Therefore, the first thing we needed to know was whether or not they would be arrested on their return, whether they would be harassed and, the most difficult task, plan how they would live in a Chile under the dictatorship. Countless research projects were then developed to hire teachers and experts, medical centres were set up to employ those with academic degrees in the field of health, and, through NGOs, study centres were created to maintain free thinking in the difficult conditions at that time in Chile. It is worth remembering that only those who were given the go-ahead by the authorities of the dictatorship could participate in universities, so a large number of professors were expelled and unable to return to the faculties. In this harsh context, the modest committee I headed worked very intensely and was able to open new doors and possibilities for those returning.

I remember with great emotion these complex years during which the principles of WUS were being applied. First, protecting intellectuals so that they could develop outside Chile and then, bringing back what would have been a brain drain to germinate knowledge and learning among new students. The financial, logistical and emotional support implemented by World University Service left a permanent mark of gratitude among Chileans and also the example that in similar situations in other latitudes, we must be generous and receive with open arms those who need it most.

Since the recovery of democracy in Chile in the late 1980s, WUS‘s commitment was to support the return and reintegration of exiles, accompanying the work of Chilean return committees and coordinating a series of aid programs aimed at repatriation and reintegration of families. These generous programs allowed thousands of compatriots to return to the country, reintegrate and remake their lives, as well as accompanying them in the process of reinsertion into work and teaching to ensure real integration into the democratic transition in Chile.

In the 1990s, WUS also accompanied us in the process of expanding the rights of our new democracy, promoting citizenship development projects and, in particular, in 1997, sponsoring the realisation of the “International Conference for Divorce Links in Chile”.

Similar to every transition, we learned that the return to democracy led us to say, “never again”, with great conviction and strength. That is why we established different processes to establish clearly the shame of the violation of human rights during the dictatorship and to ensure that they were never denied. This search for truth is the beginning of the defence of human rights and like the principles that guide WUS, we are confident that knowledge and learning are the basis for rebuilding democracy when it has been lost.

Looking back at these historical events today in 2020, we have powerful reasons to celebrate the 100 years of the existence of WUS, both because they faced their own past, and because of their ability to transform according to global changes. This led to it changing from a European federation that sought to meet the needs of students and academics after World War I, to a global organisation that strongly advocated educational rights and their free exercise. Its action in Chile is only one small example of the permanent work of this organisation in the world.

The lessons of the events of the twentieth century, the “short century” in the words of the historian Eric Hobsbawn, ought to lead us to reflect. Although too many human rights abuses were committed in the name of certain ideologies, the “short century” ended with the conviction that human beings must raise their voices and protest wherever their rights are not respected and this is where WUS plays a concrete, practical and daily role.

And the 21st century began with a great task ahead. The digital revolution has profound implications and means that we are confronting a different era, deepened further by the pandemic and its consequences. Until recently, it was estimated that 100 thousand students followed regular courses with certificates of higher education at the most prestigious universities, without ever stepping into the faculty. This year this phenomenon was globalised and virtually all students, not only in higher education, but also in primary and secondary education around the world, carried out their studies through a screen. How much of this phenomenon will be retained? What about those who do not have access to the Internet or computers? How is education ensured in those countries that do not have a digital network throughout their territory? These will be some of the great challenges in relation to rights in education that the future will present to us, in addition to existing ones such as refugee education or gender policies and I am sure that there will be WUS to defend and support them.

The principles of WUS to ensure an inclusive, equitable and sustainable world for all young people in the world, remain as relevant as ever. That is why I congratulate it for the tasks undertaken during its last century, which in our case brings deep gratitude for the way so many of our compatriots were protected and encouraged and accompanied to face with strength the challenges ahead. 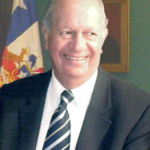 Ricardo Lagos was President of Chile from 2000 to 2006. He studied law at the Universidad de Chile from 1954 to 1960 and received his doctorate from Duke University. After working at the Faculty of Economics, he was appointed Secretary General of the Universidad de Chile in 1969. Augusto Pinochet's coup d'état forced him into exile in 1973. He then worked for the UN until 1978, when he returned to Chile on its behalf to work for the International Monetary Fund. In the same year, he also took on an economics professorship in Santiago and became director of the Latin American Faculty of Social Sciences. In the 1980s, Lagos was among the leaders fighting for the reintroduction of democracy in Chile. He led the Socialist Party, increasingly became the undisputed leader of the opposition to the Pinochet government, and astounded contemporaries by calling out Pinochet on live TV in 1988, vehemently opposing the continuation of the military dictatorship with the “no” campaign. He was elected Chile's second socialist president after Allende in the December 2000 general election. In 2001, Lagos convened a government commission to investigate the situation of political prisoners under the Pinochet dictatorship and their torture. During his term as president from 2000 to 2006, he had a great reputation and popularity among the population. In 2007, the UN appointed him as special envoy for climate change.