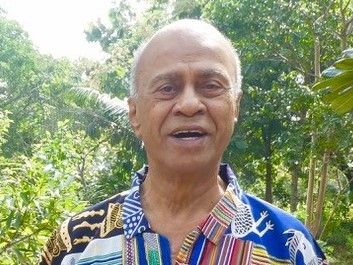 My time at World University Service proved to be an illustrious career that spanned over 19 years from 1957 to 1976. This included different roles within the WUS movement itself such as elected student general secretary of Madras University WUS, elected student general secretary of W.U.S India and finally, as a full time executive secretary for 14 years. The following is a narrative of projects worth mentioning that were implemented in India during my time at WUS India.

To begin, my role at WUS Madras included overseeing the WUS health centre that provided free medical consultation for students covering 29 colleges and university departments comprising over 31,000 students in the city of Madras. The health centre boasted well-known leading doctors from the city who offered free consultations and also provided lower income students with free spectacles if and when required. With tuberculosis running rampant amongst students at the time, backed by international funding, a 20 bed ward for the male students at WUS Madras was established at the tuberculosis sanatorium in the city. Taking lead from these great efforts, WUS Madras then raised funds locally to set up a similar ward for the women students at the same institution. With the aid of both the Tuberculosis Institute and the WHO, thousands of students in Madras underwent X-ray screening, followed by treatment at both the male and female wards. The tuberculosis wards were also open to students suffering from the disease from any part of the country to be treated free of cost.

Another notable project was initiated by WUS Germany. Their contribution gave birth to a 20 bed ward for students at the General Hospital, Madras. The initial contribution from WUS Germany created a pathway to raise additional funds locally that included a matching grant from a government agenda. The WUS ward was identified as a distinct unit within the hospital that was totally free of charge for students. The ward also provided newspapers, books, other reading material, chess and carrom boards. At the time, to have such elements was considered rather unusual for a hospital atmosphere.

The WUS health centre at Delhi University, was also the first of its kind in the country. The centre functioned under a chief medical officer along with other specialists. The centre served not only students, teaching faculty, administrative staff but also their families. With the scope and expanse of the centre’s services providing abundant benefits, Delhi University took over the responsibility of running the centre. The success of the health centre at Delhi University led the University Grants Commission, Government of India to use the centre as a model and further fund similar health centres across various universities in the country. WUS India’s continued work within the health centres, such as organizing workshops for the medical officers once in two years to provide them with a platform to interact, exchange new ideas and therefore further the extent and benefits of the health care programmes in their respective universities. In the year 1974 in New Delhi, a world conference on population control was held. It was organized by WUS India in cooperation with WUS International and the All India Institute of Medical Sciences. The recommendations as a result of the conference were well documented. As a follow up, WUS India propagated several seminars in the country in collaboration with NGOs like India International Centre, Andhra Mahila Sabha and the Madurai Institute of Social Sciences.

The first WUS cooperative workshop covering South East Asia was organised in Madras in 1958. As a follow up measure, WUS International obtained a grant of 50,000 USD to promote cooperative projects in college and university campuses. It was also wisely decided to utilize the money as an interest free loan to college/ university cooperative projects repayable in 20 years in equal instalments annually. This resulted in supporting WUS hostel projects in Rajasthan, Visva Bharathi, Delhi, Patna Universities and Yeotmal College. Alongside, canteen and store projects were pushed in Allahabad, Nagpur, Assam and Madras among other institutions. The uniqueness of the decision to keep the capital without erosion and supporting new projects with repayments of loans collected, caused it to become a permanent feature.

In 1964, the second cooperative workshop was organised by WUS India in cooperation with WUS International in Bombay. The delegates were trained for a month to set up student coop canteens in universities and affiliated colleges on the basis of self help in order to find required resources locally instead of outsourcing them to contractors, taking care of themselves and serving clean, good food at reasonable prices. This received favourable responses from the university community. In turn, whatever the marginal profits accrued by the canteens were used to provide service scholarships to students who needed it.

Another notable project was the WUS Nepal students hostel project that was included at the Dar-es-Salaam assembly for raising about 10,000 USD that WUS India indicated their desire to support. This was a unique situation because developing countries usually looked to committees such as WUS International for funding rather than finding funds for others. We then found an interesting way out. We decided to appeal to over 200 universities in India to contribute to Rs.250 or more each and about 1,500 colleges to each contribute Rs.50/- or more for the worthy cause of Nepal University’s project. We were able to mobilise the required 10,000 USD during the course of the academic year and contributed to WUS International for the WUS Nepal hostel project. It was then recorded in the financial document at the Lysin assembly in 1968. That was the real spirit of WUS.

The WUS International assembly was to be held in Ceylon in 1970. At the time, due to the political unrest in Ceylon WUS Geneva decided to change the venue. WUS India then agreed to organise the assembly in Madras at short notice. The assembly was finally held at the newly built WUS centre in Madras with WUS India raising funds locally for hospitality as well as organising expenses. Similar was the case when WUS Canada was to hold their international seminar in Egypt in 1973. At the time, political turmoil erupted in Egypt and the executive director of WUS Canada, Roger Roy found himself having to find an alternative venue. With the need for another venue, Roger Roy then requested WUS India to organize the seminar at the last minute. Without any hesitation, we accepted to host the seminar but faced a bump in the road. We had to overcome strict conditions and obtain permission from the government of India in order to proceed. Coincidentally, India’s Prime Minister, Mrs.Indira Gandhi was in Canada at that very time on an official visit. Roger Roy then took up the issue with the Canadian Prime Minister Mr.Trudeau and requested him to have a word with Mrs.Gandhi. With the conversation proving successful, instructions were passed through the Indian High Commissioner in Ottawa to the concerned bureaucrats to provide clearance for the seminar. Many set rules were broken but finally, the seminar was held as per schedule.

I do believe that the most prestigious projects of WUS India’s history was establishing the WUS Centre project in Madras in 1970. DANIDA, Denmark contributed two million kroners for the project. Under one roof many projects were introduced and implemented, such as hostel accommodation for students (limiting admission of maximum five students from each affiliated college), dormitories for both men and women visiting groups of students and others, guest suites, library textbooks, a bank project, a health centre, inpatient rooms, X-ray facilities, test labs, an auditorium for fine arts, music and dance, a conference hall for meetings, seminar and literary activities, committee rooms for meetings, a bank, a post-office, travel and tourism services, mini super bazar for students as well as low income neighbourhoods, sports facilities etc. The land required for these developments were granted by the government of Madras as a lease for a period of 99 years.

WUS India also took the initiative of sourcing textbooks with textbooks in engineering, medicine and electronics being expensive. Text books were obtained from philanthropists, retired faculty members and other sources as gifts-in-kind. They were then loaned to those students who couldn’t afford them for the full course of their studies, to be returned by them after successfully completing the course.

The research and action unit set up by WUS India in Madras acted as an important and creative role for WUS India’s future. It is important to note that WUS India was not interested in theory but pragmatism was our watchword. The Indian WUS research and action unit contributed base papers and provocative articles to local WUS committees to stimulate their effect to promote student welfare programmes with locally raised financial resources. This was essential as the international WUS aims shifted from service only for the university community to social action and the community at large. There were several NGOs in India involved in social action and community development programmes, they too were better funded. Hence, India was opted to continue to render student welfare projects with local resources.

WUS India urged local university committees to organise college WUS committees. This development provided a stronger base/ foundation for the W.U.S movement. WUS India also prepared a blueprint for “rural area development” by involving 10 university committees spread across the country. This project identified with WUS International’s new objective of social action and community development. Every minute detail was implemented in 3 stages over a period of 2 years. In addition to the 10 rural area development programmes, 300 village development schemes were also proposed for a plan of action by WUS India. Both of these were well thought out projects and were considered in depth by WUS India’s national assembly in July, 1974 and submitted to WUS International’s assembly in Munich in 1974 and then included in the WUS action plan for 1975-76 for fundraising efforts. These were proposals as a parting commitment to the WUS cause when I relinquished my executive secretaryship at WUS India in 1976.

In conclusion, I do hope this piece of writing highlights events that shaped and moulded my time at World University Service, India. My involvement as an executive at WUS came close to almost two decades and saw achievements that I am extremely proud to have been a part of. From setting the foundation for quality health care within the university community, to services for students that eventually transcended to the local communities, every achievement however large or small, truly marked a noteworthy journey with revered anecdotes and experiences of my time with World University Service. 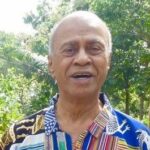 Mr Thiagharan’s time with WUS spanned the years 1957 to 1976. He was elected student general secretary of Madras University WUS, then student executive secretary of WUS India and finally executive secretary of WUS India for 14 years. He oversaw the shift in WUS activity from services for students, to student involvement in development in local communities and regional assistance projects. At very short notice he organised the 1970 International WUS General Assembly and was involved with other international WUS activities. After WUS he undertook private business ventures. Sadly, he died in April 2021.

Tags:India1970s1960s1950sPersonal reflectionsAsiaWUS Assemblies
previousWorld University Service and its impact in Australia in the 1970s
nextHow a targeted WUS intervention changed my life