Academics for Chile and WUS 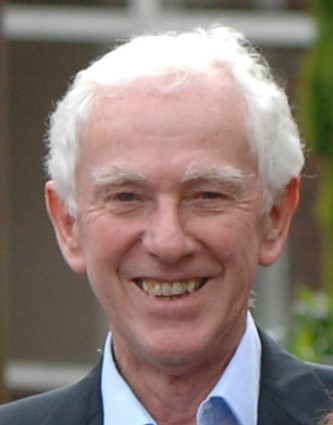 Chile under Allende from 1970 to 1973 was regarded as an exciting and novel attempt to create socialism within a democratic framework. But it was a short-lived government, overthrown by what became a brutal military dictatorship.  There was overwhelming support in Britain for the plight of Chileans from a variety of groups – students, academics, trade unions, Labour Party branches, church groups, and others horrified at what was happening in Chile.

Academics for Chile developed from a series of conversations between colleagues in various universities in the UK who were concerned with the plight of their counterparts and students in Chile following the coup. A dozen or so academics met in London, and decided to organise a campaign to try to help those Chilean academics and students already in detention or in danger, and to bring them to the UK to continue their studies or research.  I became the main organiser of the group as I had conducted research on Chile from the mid-1960s onwards. My activities led me to being banned from returning to Chile for about ten years. (I was denounced by the Chilean Embassy in London as a ‘Communist fellow traveller’. This impressed my two young children who happily informed the neighbours of my new status)

However, it soon became clear that the level of demand from Chile far exceeded the response that a loose body of academics could provide. Most of the central administration fell upon me as Secretary but I could not – even if I was devoting most of my time to Academics for Chile – cope with the overwhelming demands or deal with the financial aspects. A fellow academic in Oxford suggested that I seek help from WUS as they had recently appointed a new and ambitious General Secretary.

So as early as October 1973, I went to see Alan Philips, the General Secretary of WUS with a dossier of CVs, a list of pledges of support and a plea for help. I well remember finding WUS in an obscure office in London, and it seemed to consist of two men and a dog. But Alan was enthusiastic about giving support, and I think he realised the potential of the venture and we quickly agreed to form a partnership and launched a joint fundraising programme in November. In six months WUS had assisted 59 Chilean students and academics with fee waivers and scholarships valued at over £39,000. The decision to go to WUS was absolutely right as was shown by the professionalism and commitment of those who worked on the Chile programme.

A real boost to the campaign was a generous grant from the Ford Foundation to WUS which provided discretionary money to supplement the offers made by individual universities. The support given by the Ford Foundation was an important endorsement of our joint work, as it showed that a major and respected international foundation had enough confidence to allocate crucial financial support.

Funding on a major scale became available to the programme after the election of the Labour government in February 1974. Judith Hart, Labour MP, and Minister for Overseas Development, agreed to reallocate British aid funds to the WUS/AFC programme. This amounted to £11 million over the lifetime of the programme, and benefited about 900 academics and students.  WUS had to overcome considerable resistance from the FCO and Home Office. Fortunately, the campaign was so well run by WUS that it was able to continue to operate successfully.

Universities in the UK were sympathetic but required that those who came were suitably qualified to study. In this we were helped by the high educational standards of Chilean universities. The cohort of Chileans who came to the UK had a record of educational achievement in their studies in the UK not much below that of the cohort of British students studying at the same time.  Which in view of working in a different language is very commendable. The first response to the coup was essentially humanitarian, but it became clear especially after WUS took over that there was an opportunity to train Chileans who could eventually return to their country and contribute to the development of a future democratic country. Academics for Chile and World University Service worked closely together on this complex programme, and in the mid 1980s launched a programme financing the return of Chileans to their own country

Refugees came from all levels of the academic world from undergraduates to heads of universities. One prominent refugee was Edgardo Enriquez who was president of the University of Concepcion in the south of Chile, and a Minister of Health under Allende. He came to Oxford for several years in the Department of Anatomy and wrote a textbook that became a standard work for universities in Latin America. He played an important role in Britain in organising opposition to the military government even though he suffered the appalling tragedy of both sons being murdered by the dictatorship.

When return to Chile became easier after 1983, WUS grant holders returned home to take up prominent positions in universities and research institutes. When democracy returned to Chile after 1990, important posts in the government and the public sector were held by former holders of WUS awards. And amongst those who remained in the UK, several former refugees went on to occupy senior posts in a number of universities.

The work of WUS was warmly recognised by the newly elected government in 1990. A new-elected President of Chile had collaborated in the work of WUS and spoke warmly of its work. I developed real admiration for the quality of the work of WUS. I think that there were around twenty or so working on the programme, and they dealt with refugees, some of who had undergone brutal treatment, with sympathy and professionalism. It was a complicated and demanding programme and it is a credit to Alan and his team that so much was achieved. The WUS programme saved lives, helped the grant holders to develop their professional skills and in that way made a positive contribution when democracy returned to Chile. 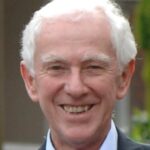 Alan Angell was principal organiser of Academics for Chile in the UK, 1973 to 1980, co-operating closely with Alan Phillips and WUS UK. He is now an emeritus fellow of St Antony’s College, Oxford and a former director of the University Latin American Centre, publishing widely on Latin American politics, especially Chile. He has been honoured by the Chilean government on three occasions.