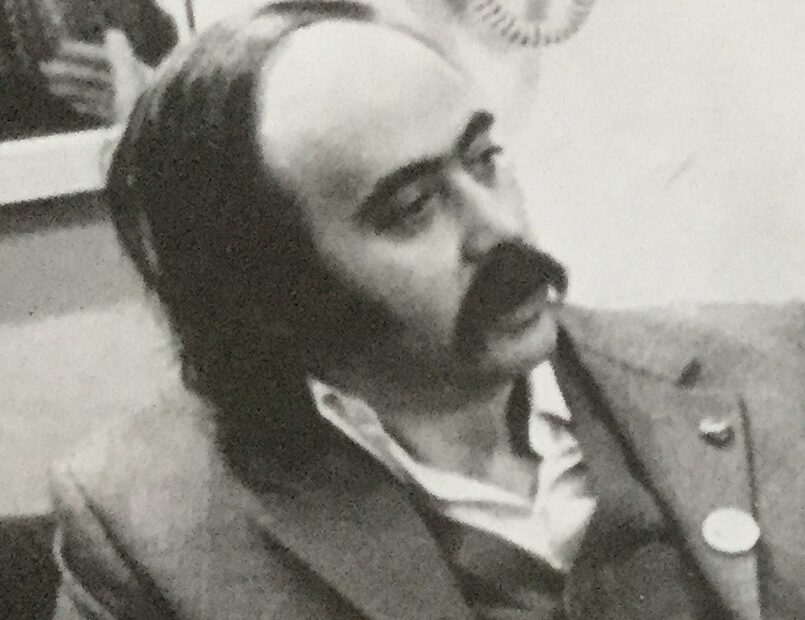 It was in September 1979 that I applied for the post of caseworker on the WUS Chile scholarship programme, a few months after I completed my PGCE whose main lesson was that I really didn’t want to spend the best years of my life forcefeeding British teenagers French, a language whose usefulness escaped all of those who I came into contact with on my teaching practice.

As a 26-year-old, belatedly entering the world of serious work for the first time I was lightly qualified.  I spoke Italian, close, and during my two years as assistant d’anglais in Paris I had fallen in with the Committee for the Defence of Political Prisoners in Uruguay, near Chile, and where I picked up enough Spanish words to throw into my interview.  At the time, two WUS staff in their personal capacity were running the solidarity movement with Nicaragua whose new government and ground-breaking Literacy campaign in 1980 would have a long-term impact on my life.

Just over a year after I started, General Secretary Alan Phillips left and Nigel Hartley, Sarah Hayward and I applied to take over as a job share with the backing of the union.  Despite some naysayers, we got the job and the sky did not fall in, largely thanks to the expertise and dedication of Nigel and Sarah.  They were so generous with me that they allowed me to pursue my great interest in the issue of literacy in Central America following the 80 page booklet that I helped George Black write in 1980- The Loss of Fear, Education in Nicaragua Before and After the Revolution, which remains a classic in our minds!  This was the first time I had written anything longer than a thank you note voluntarily and it led to my publishing for WUS El Salvador, Education and Repression with forward by Jon Snow, in 1981, which we published jointly with all the main education unions.  This was followed in 1986 with Hard Lessons, a 32-page Report on a WUS/NUT delegation to El Salvador and a year later by Less Arms (yes, should be fewer, we know,  but we liked the sound of ‘less v more’, ed) More Education, Report of an NUT-WUS delegation to Honduras, Nicaragua and El Salvador. I was later to organise a delegation in 1989 to the West Bank and Gaza with NUT, AUT and NATFE which was reported on in Where Education is a Crime, Report of two visits to the WB and Gaza by members of the education community, written by Elana Dallas.  I also did a lot of the research, thanks to the time WUS offered me, for a book on the role of education unions and Universities in the social movements in Central America in the 1970s and 1980s.  This is a great regret to me and is entirely my own fault.  Next week I am presenting the documents I collected to the Nat Ed Union who plan to place them in the NUT archives.  All of these delegations and publications provided and opening for me to write for the Times Education Supplements on university and school issues in Nicaragua, El Salvador, Guatemala, Cuba and Palestine, the latter notably during the first Gulf War lockdown of 1991.

In programme terms, I was able to use my Central America expertise, built at WUS, under the patient mentoring/guidance of Sarah Hayward, to devise a programme of grants for CA refugees which was funded by ODA/DFID/FCDO.  This was a large and expensive programme which provided for about 50 undergraduate grants for Guatemalan and Salvadorean refugees in the region, and, as I recall, about a dozen post-graduate scholarships in the UK with selection of candidates focussing on return to country of origin for reconstruction of the badly damaged societies.

One of the most memorable things for me was a campaign I was allowed to run for some three years about the occupation by the military of the national University of El Salvador which included the memory of its Rector who was murdered by paramilitaries in 1980, soon after he had been elected chair of WUS International.  His son is now Vice President of El Salvador and we are still in touch!

I have many, and mixed emotions of WUS International!  In 1984 I attended the world conference in Nantes which turned out to be less than calm.  In particular I remember being introduced to the WUS Argentina delegate, who I was told had been released from prison after seven years that November.  Lost for words, I said ‘so, you’re one of those freed by Mrs Thatcher?’ and immediately realised that either he would see the joke or we would never talk again.  In the following days he spoke to defend me and others as some Latinx delegates tried to silence us, holding us somehow responsible for the Malvinas debacle.  And he was the only person around who could possibly have saved our reputation! Over the past decade I have stayed three times with him and his family in his ranch just outside Buenos Aires.  In 1995, when he was Argentinian ambassador to Guatemala, he was able to put in a good word for me to the UN Special Representative of the Secretary General for the mission there, MINUGUA, also an Argentinian.  Part of the WUS UK delegation were Tommy Sheppard, then of NUS, now and SNP MP in Westminster and Paul Corrigan, then of North London Poly who went on to be a senior adviser in Blair’s no 10.

Guatemala in 1995 was my second UN mission after the monitoring effort in Haiti which I was selected for in 1993.  It was set up in the time of the military junta that had removed President Aristide in September 1991, an historic event that I remember learning about it in the newspapers over breakfast in the Hotel Siesta in San Salvador, on my last mission for WUS before my redundancy.  My first mission had been my first tour around Mexico and Central America in 1981.  It was the first time anyone had ever paid for me to travel abroad.  At the time I was mystified how I had managed to get into MICIVIH, the UN-OAS mission to Haiti in 1993.  My only visible qualifications, apart from my work with the Uruguayans in Paris, was the fact that I had translated for a day for the visiting Mayor of Port-au-Prince earlier that year in London.  Oh, and that I spoke French, as I could prove by my PGCE certificate of 1979 from Leeds.  But I later found out that the Deputy mission leader had previously worked with Nigel on JCWI  and immigration issues— it’s not what you know, or even who you know, it’s who your colleagues know that counts!

So, I owe WUS a lot—I learnt to write and to travel productively.  Above all the generosity and support of Nigel and Sarah allowed me to get the education that my university degree and PGCE had failed to provide.  The fact that I am the only surviving member of the ‘General Secretariat Board’, known informally as the Troika, is a cause of great sadness.  It is a mystery to me as they were the sensible ones.  As someone said to me recently it is like dissolute Shane MacGowan of the Pogues outliving the great singer Kirsty MacColl, defying logic.  Oh, and based on my WUS visits I took Kirsty and some other cultural figures to Jerusalem in 1992 to demand the reopening of the Palestinian Universities, still closed from the first Gulf War.  It is hard to disentangle all of my life from the dozen years I spent at Compton Terrace, eating every lunchtime at the Trevi family restaurant at Highbury Corner. 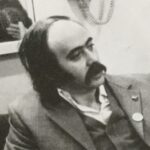 John Bevan began in 1979 working for WUS UK as a caseworker on their Chile scholarship programme. In 1980 he became co-Secretary-General of WUS International with Nigel Hartley and Sarah Hayward, job-sharing the position, till 1990. Subsequently he was involved with UN Missions in Haiti and El Salvador. He went on to work for the UN in Haiti, Guatemala, El Salvador, East Timor, DR Congo, Nepal and Sri Lanka.