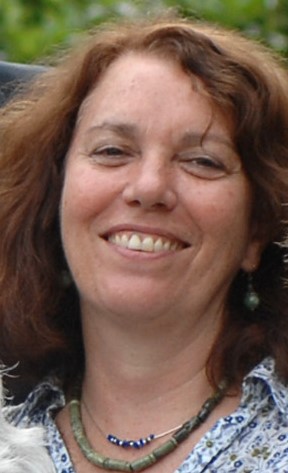 I had two phases of working with WUS UK. Shortly after graduating from university I joined the team as a Case Worker on the Chile Scholarship programme (1975 – 1978). I then worked on the Reorientation Programme (June 1978- August 1980), which included two fact-finding visits to the region, where I had contact with WUS National Committees in different countries and through them with academic institutions, to look into possibilities for Chilean academics wanting to return to the region. I also worked closely with WUS Geneva on the Returns to Chile scholarship programme. The second phase was from 1987- 93, when I was welcomed back into WUS UK, first to work as Education and Training Adviser for refugee students (a drop-in service) and then as the Campaign Officer on women, education and development, supporting women’s organisations in different countries, organising awareness raising activities in the UK, especially in the university sector, and advocacy with the British government on overseas aid, gender and development. In this brief account I will focus on this second phase, as others will be writing about the Chile Scholarship and Reorientation Programme.

In relation to women’s rights to education, in 1984 the 66th International Assembly adopted several resolutions relating to equal opportunities. These included: targeted women-only scholarships, support for women’s non-formal education projects, the representation of women on WUS National Committees and Executive, and training on positive discrimination for scholarship selection panels. In 1986 the WUS General Assembly acknowledged that little progress had been made in implementing these resolutions and agreed that the following International Workshop would be on the theme of “Women-Education-Liberation”. It was held in Lima, Peru in September 1988 with delegates from more than 40 countries, including the UK. The outcome was the WUS Action Plan for Women, which was unanimously adopted by the International Assembly, and the following year a Women’s Commission was set up to monitor implementation of the plan. The Action Plan was very forward looking and a practical tool for implementing agreements on women’s rights within the organisation. One significant result was the election for the first time in WUS history of an executive committee with equal representation of women and some further steps taken to advance the plan.

The Lima workshop took place in the context of global discussions during the UN Decade for Women (1975-85) and following the UN Women’s conference and NGO-Forum in Nairobi in 1985 to review progress on women’s rights worldwide. WUS had sent eleven women delegates from four regions, who joined the 14,000 delegates from all over the world at the Forum. The UN General Assembly concluded that much remained to be done for the advancement of women and put in place the Forward-Looking Strategies for governments and NGOs to work on for the next decade.

Since the late 1970s WUS UK had highlighted the impact of repression and the situation of women refugees in different countries in its campaigns and newsletters. Efforts were made to increase the number of women award holders through more flexible schemes, such as offering grants for shorter or part-time courses and in 1990 an outreach worker was appointed in the Education Advice Service to work specifically with refugee women living in the UK to support their education and training needs. In line with the widening of WUS policies to include social development, the Field Unit ran a successful campaign with the National Union of Students in the late 1980s on Women’s Right to Learn, which raised awareness and fundraised to support women’s literacy and skills training projects in Palestine, Namibia, Sudan, Guatemala and Chile.

In the 1980s WUS UK ran campaigns to support education and literacy projects in Central America and had a small postgraduate scholarship programme for refugee students from El Salvador and Guatemala. Throughout the 1980s revolution and civil wars beleaguered the education sector in the region and directly touched WUS. In 1980 the President of WUS at the time, Felix Ulloa, rector of the University of El Salvador, was assassinated by death squads. WUS UK launched an appeal to support the university during the military occupation. Throughout the decade WUS worked with UK education unions and Central American solidarity and human rights groups, to raise awareness of the atrocities being committed, supporting delegations of teachers from the region to speak at conferences at UK universities, and raised funds for initiatives on the ground, such as literacy brigades.

In the early 1990s WUS UK ran a new campaign called Where there is no School which highlighted the impact of the decade of conflicts on education at all levels in the region. One of the projects was a literacy scheme run by an organisation of widows in Guatemala. Indigenous women were targets in the genocide committed in Guatemala and this project aimed specifically to empower these women. As part of that campaign, WUS UK supported the visit to the UK of Rigoberta Menchu, an indigenous Guatemalan woman leader, who was awarded the Nobel Peace Prize in 1992.

Working with WUS had a significant impact on my career and professional interests in many ways. Working on the issues of human rights in my day job inspired me to become an activist outside the office. I joined the Chile Solidarity Campaign and participated in an informal Latin American Women’s Group in the 1970s. WUS worked with the different Central American Human Rights Committees – who for a while had their offices in the building – and I was the first coordinator of the El Salvador Committee for Human Rights, but only for a few months as I had decided to return to live in Latin America. I was inspired by the visits I had made to the region for WUS to return to Mexico (where I had grown up as an adolescent), and my experiences with Chilean students and academics at WUS encouraged me to pursue my own academic career. I was fortunate to get a scholarship to carry out postgraduate research on the social condition of women in Mexico and later ran a student’s social service project with women in a poor neighbourhood, much like the extension programmes run by the WUS national committees I had visited in Central America. In the 1980s there was an influx of refugees to Mexico from the civil wars in Central America and while living there I volunteered with the El Salvador Commission for Human Rights in Mexico City, doing translations and research for a book on women in El Salvador.

After returning to the UK I was fortunate to again find myself working at WUS. I was also a part-time PhD student at the Institute of Education, where I gave lectures on women refugees and women’s rights and education, drawing on my experiences at WUS and my time living in Mexico. I also undertook some consultancy work for WUS International, as team leader for the final evaluation of the WUS Denmark women’s programme in Chile, and to develop project proposals with WUS Chile for a women’s education and development programme. After leaving WUS to complete my PhD I was involved in setting up the Central America Women’s Network and was a co-director until 2016 when we were forced to close it down.

Working at WUS was a positive experience, not only professionally – I made many friends among colleagues and award holders and remain in contact with many to this day. 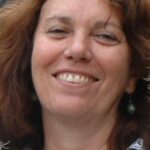 Marilyn Thomson was originally a case worker for the UK WUS Chile Scholarship Programme from 1975 to 1978, she then worked till 1980 on the Reorientation Programme for Chilean academics to return to the region. Rejoining WUS UK in 1987, she was until 1993 Education and Training Adviser for refugee students, then Campaign Officer on women, education. and development. Marilyn was involved in setting up the Central America Women’s Network (CAWN) in 1991 and co-directed till its forced closure in 2016. After leaving WUS she completed her PhD at the Institute of Education; was study officer on a global study on effective HIV/AIDs activities for the UK NGO Consortium on HIV/AIDS, and then worked as Gender Adviser for Save the Children Fund for almost eight years. Since 2004 she has worked as an independent consultant on gender and diversity with different organisations and between 2005 and 2012 was a part-time lecturer and visiting fellow at City University, London.