In September 1973 I got married and left my university teaching post in Southampton.  My new home was in the Holborn and Clerkenwell area, a part of London I did not know. As I soon discovered this area had a long history of welcoming exiled and political groups, and it was at that time housing many such groups who were fleeing from right-wing regimes in Europe and elsewhere, as well as human rights organisations. One of these was Amnesty International, which, together with its British Section, had offices above the Conway Hall in Red Lion Square. I had been a member of Amnesty for a number of years and found that the British Section were happy for me to volunteer with them. At that time very few refugees from Chile were allowed to enter the UK and Amnesty became one of the focal points for the campaigning work which was starting up in this country. This work changed my life.

So when a short-term post at WUS was created to co-ordinate work with Academics for Chile I was very keen to take it.

We found we had another link to WUS when we discovered that we were living around the corner from Donald and Irene Grant. Donald was to be seen outside his block of flats practising his golf strokes, and they were both very active in the local Labour Party and involved in movements for social justice – and the pedestrianisation of one of the local streets.  We did not know of the work they had dedicated their lives to until much later. Irene made a very beautiful sleeping bag for our son when he was born in 1977. We kept in touch with Donald and Irene and some members of their family, until the end of their lives.

Because under the Tory Government only a handful of refugees from Chile had been allowed into the country one of our major activities at WUS had to be making the case to the Home Office to allow entry for the increasing numbers of students and academics whose lives were at risk. We liaised with other groups, including the Chile Committee for Human Rights, the Chile Solidarity Campaign, Academics for Chile (AFC) the Society for the Protection of Science and Learning (SPSL), Amnesty, the British Council for Aid to Refugees (BCAR), and the Standing Conference of British Organisations for Aid to Refugees (SCBOAR). We were also in touch with the Intergovernmental Committee for European Migration (ICEM) and the UNHCR in Geneva in connection with travel.

We did feel, however, that something more was needed by way of a reception centre which could receive and arrange for the travel of groups as well as individuals. Because of my links to the University of Southampton I felt that it would be appropriate to ask them to make university accommodation and office space available, during the vacation, so that people could be brought to safety from Chile and other Latin American countries to which Chileans had fled. In addition, we were able to provide English language tuition through the pioneering work of Tom Carter who had set up the Language Laboratory in the Arts Faculty at the University.

The numbers of people who were helped by the Southampton scheme were not as large as we had hoped but it was a useful model for how things could be done. WUS was also much involved with BCAR, a long-established refugee organisation, and helped in its eventual transformation into the Refugee Council.

The work done by WUS UK from the start of the Chile programme, in conjunction with AFC and other organisations, was inspirational. It was based on the assumption that we could set up networks and procedures which would meet the needs of refugees fleeing from the Pinochet regime, using meticulous systems which met the ODM and British Council requirements. AFC had members and supporters in most of the UK’s universities, there being far fewer of them then than now, and places were found for our applicants/grantees in appropriate Departments – for Chile the marine sciences and forestry were particularly important, for example – so that on arrival they and their families could be made welcome.

My work was bringing me into contact with Society for the Protection of Science and Learning (SPSL). Originally named the Academic Assistance Council this had been set up in 1933 to help academics fleeing from Nazi Germany and other fascist regimes in Europe, and their advice about finding support, and procedures to follow, was invaluable. This very prestigious organisation, before  changing its name to the Society for the Protection of Science and Learning (SPSL), and later CARA, the Council for At-Risk Academics, had by the end of the Second World War, helped some 2,600 displaced university teachers, many of whom went on to become Nobel Laureates, Fellows of the British Academy and the Royal Society.  Their archives are held at the Bodleian Library in Oxford. Its Secretary, Esther Simpson, had, incidentally, worked with Donald Grant in Vienna from 1929 to 1933.

Part of my work at WUS was to liaise with the SPSL so as to keep abreast of their work. Esther Simpson was officially retired and there had been less need for their work in more recent years. I would visit her in order to consider applicants who might be eligible for their help rather than WUS’s and to familiarise myself with their current work.  When she was no longer able to run the organisation without help, I took on the post of Secretary on a part-time basis in her place. The link with WUS was maintained by a formal Compact which allowed me to remain a member of the WUS staff, seconded to the SPSL. If this Compact had not been set up it would have been extremely difficult for the SPSL to survive as a stand-alone organisation, and my own career would not have taken the course it did. And the development of CARA, after my retirement, as the major academic refugee organisation it is today, would not have taken place.

Our working practices at WUS, which matched those of the SPSL, meant that we could give both advice and financial support to our grantees, and where possible their families in the UK, and settle them into their university departments. The more usual practice with other organisations was to keep these two areas, advice and grant-making, entirely separate.

While I was at WUS, I set up WUS publications.

As time has gone by it has become clearer to me how important the work of Donald Grant and successor bodies to European Student Relief, and the inter-twining of WUS and SPSL/CARA has been to our understanding of the needs of refugees, and to our capacity to support them appropriately. It’s important  to make the case for the UK to honour its commitment to the UN Convention relating to the Status of Refugees and ensure that our doors are open for those suffering from displacement and persecution.

I continued to work with SPSL/CARA  until I retired in 1999 and have continued when needed to take part in special events and research projects and publications. 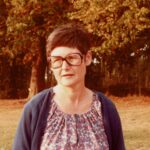 Liz Frazer worked with WUS UK from 1974 to 1978 coordinating work with Academics for Chile. She set up WUS publications, liaised with a number of organisations and was instrumental in establishing a reception centre for Chilean refugees at the University of Southampton. After working for WUS she moved on to the Society for the Protection of Science and Learning (now the Council for At-Risk Academics).