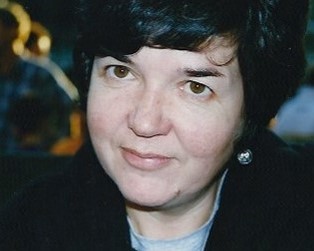 I joined WUS UK in 1974 to work as part of the Chile team which was set up to manage the scholarships programme for Chilean refugees. The programme started with funding raised through the academics for Chile network and the Ford Foundation and supported postgraduates stranded in the UK without funding after the military coup. With British government funding the programme was expanded to offer grants to study at postgraduate level in the UK aimed as an option for students and academics in Chile who had lost their jobs or chances to study because of their politics and opposition to the military regime. As the funding came from the aid budget selection of the award holders had strong developmental criteria and the intent was that on finishing their studies they would return to Chile or another developing country. In reality, the extent of human rights violations in Chile, the brutality of the regime and the realisation that the military has every intention of staying in power –all of these factors had a profound influence over the role and direction of the programme.  Social and humanitarian need took a higher priority as the offer of a grant became a means for political prisoners to be released and to leave the country. Study options expanded to include undergraduate studies and the programme opened access to Chilean refugees arriving in the UK outside the WUS programme and who wanted to continue with their education.

My job in WUS was to work with a team in finding University placements for the applicants and ensuring that visas were issued for them to be able to take up the grant in the UK. We coordinated with academics, student unions, human rights and Chile solidarity groups who had organised networks around the country to receive and support the award holders and their families on arrival in the UK. An academic grants programme had evolved into a much wider refugee support programme while retaining a longer term developmental vision that people would eventually return to Chile when political conditions changed.

In 1978 I was asked by WUS UK to set up a small office in Quito, Ecuador to support WUS UK work in opening opportunities for the refugees to return to the region. Funding was available to support return to Chile for those who were willing and able to return and WUS UK set up a committee to oversee and manage the returns programme under the Chairmanship of Ricardo Lagos. After a year in Quito, I moved to Chile and lived there for 2 years to support the work of this committee in seeking placement opportunities for returnees and their families and supporting them after arrival. It was a quite unique experience to be able to welcome home Chilean families we had supported in the UK who were returning to Chile under the same dictatorship that had sent them into exile!

Independently of the UK operations, WUS international had also raised funds for grants for Latin American students and academics fleeing persecution and aimed to provide an opportunity for them to stay in the region. WUS International also had the ambition and resources to create WUS national committees around Latin America including Chile. They wanted a national committee in Chile that was broader in its scope and membership than the WUS UK committee and this intent was carried through from Geneva and was not without tensions in Chile and within WUS. The new committee was constituted with Jose Bengoa as the Chair and successfully took on the oversight of the WUS UK returns programme.

In !980 WUS international convened its international assembly in Managua, Nicaragua –just a year after the Sandinistas took power. By this time WUS committees had been set up in El Salvador, Nicaragua, Panama, Peru, Bolivia as well as Chile and represented a significant political lobby within WUS International. The Rector of the University of San Salvador was elected president of WUS International at this assembly.

The WUS UK programme was immensely successful in saving lives, providing financial support for survival, in generating new knowledge and understanding around some really innovative research, exchange and networking among students and academics in the UK and subsequently in Chile. It provided a critical opportunity for providing the possibility of a future for 900+ award holders and their families. Social support and encouragement were available from WUS staff throughout.

Making further education available to refugees has been really important in enabling whole families to recover from trauma, develop themselves and prepare for the future.

The programme to enable refugees to work in 3rd countries and to return to Chile was very innovative and a success overall.

Complexity and difficulties were present throughout the programme. Staff did not in general have the skills needed to support people who had experience deep trauma, violence and torture. Women refugees often found themselves without opportunities to develop and many women carried much of the burden created by what happened to the families in Chile and in relocation. Children who were born or who grew up in exile suffered considerably when their parents made a choice to return to Chile – a country they associated with great fear and trauma.

I joined WUS with a degree in Spanish and very little work experience. WUS gave me the opportunity to use my language skills but also allowed me to develop skills and experience that allowed me to grow and develop. It was very intense learning which had a huge impact on my future life and career. After WUS I was able to study for my Masters degree in human rights and education at London University where I wrote my thesis on education in Chile and which WUS published. I then joined Oxfam to take up a position in Mexico covering Mexico and Central America where the experience I had in WUS gave me a solid grounding for humanitarian, human rights and social development work over more than 10 years based in a region living through civil wars and humanitarian crises.  Eventually my path took me into senior leadership and management in Oxfam International, Action Aid International and Just Associates (JASS). I subsequently retrained as an integral coach working in the not for profit sector.

At a personal level I met my husband Francisco in El Salvador and we moved to the UK with 4 children who were all born in the region. Two of our children now work in the NGO sector. I am still very connected to Latin America and have lifelong friends in Chile as well as long standing friendships with many people who worked on human rights and in solidarity with Chile and Latin America in WUS and other organizations. 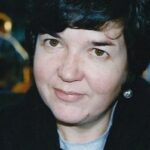 Pauline Alvarez Martin joined WUS UK in 1974 as part of the Chile team, working to find placements for scholarship applicants. She set up a WUS office in Quito, Ecuador, in 1978, moving on to Chile in 1979, in both places working to support Chileans returning to Latin America. After WUS, Pauline undertook a Master’s degree in human rights and education in Chile, and then moved to Oxfam International, Action Aid International and Just Associates. She has been honoured by the Chilean government for her work with refugees.