I first met Dr Edgardo Enríquez in May 1975. Don Edgardo had been Rector of the University of Concepción and Salvador Allende’s Minister of Education before the coup. He had been imprisoned, along with a number of other ministers and officials, on Dawson Island in the south of Chile. We had found him a place as a Visiting Professor in the Anatomy Department in Oxford University’s Medical School and, in May, he was suddenly released from prison on land and put on a plane along with his wife, daughter and a number of grandchildren.

One of his sons, Miguel Enríquez, a founding member of the MIR, had been killed by security forces in October 1974 and his son in law, Bautista van Schouwen had been abducted and ‘disappeared’ in December 1973. It was in Oxford, in April 1976, that he would learn of the disappearance of his younger son, Edgardo, in Buenos Aires, within weeks of the military coup in Argentina. He was a man of immense dignity, always impeccably dressed in a suit and black tie, and he would go every day to his office in the  Anatomy Department where he wrote a text book that would be published in the late 1970s in Mexico. He was also the focal point for the many refugees that were settled in Oxford.

Meeting him in Mexico City, his second place of exile, some ten years later, he dedicated his book to WUS staff members with the following words.

The book now forms part of the collection of the Museum of Memory in Santiago, Chile. 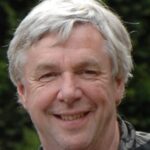 John King worked in WUS UK from 1974 to 1975 as part of the Chile team. After his time in WUS described as a “defining moment” he went on to teach Latin American literature, film and cultural history and is now Emeritus Professor of Latin American Cultural History at the University of Warwick.