Chemin Des Iris and beyond by Mark Thomson 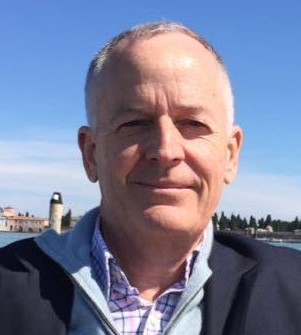 I worked for three years in the Geneva International Secretariat of the World University Service from June 1988 to March 1991, as the Programme Officer for Latin America and the Caribbean. I took over from Nora Wintour who moved on to the Red Cross. My direct boss was Ximena Erazo, from Chile, who was the Associate Secretary for Latin America and the Caribbean and the Head of the Secretariat (General Secretary) was Nigel Harley, from the UK.

I assume that I was recruited as I had university degrees on Latin America development issues, spoke Spanish and some Portuguese, Nigel knew me from his WUS UK days (when I worked in the Nicaragua Solidarity Campaign), I was able to travel (young and single) and they required an English speaker to liaise with donors. The prospect of living in Geneva, on my own, certainly was not an attraction but working with Nigel, on Latin America and within a prestigious institution was appealing.

In my first few weeks of trying to understand the difference between my job description (administration of in-region refugee grant programmes and community development projects) and what I actually had to do, I was fortunate to have a brief hand-over meeting with Nora, who surprised me with a plea to please carry on enabling the many associates of WUS to take their human rights cases and concerns to the various United Nations bodies, to which WUS had privileged access. Almost as soon as she was out the door, visitors to the Secretariat, such has José Ramos Horta of East Timor, were directed to my office to discuss how their pressing issues could be addressed within the UN. My learning curves were already steep but now they were of Tour de France proportions. Apart from written submissions to existing Committees and Thematic Procedures my first oral presentation (which in those days was ten minutes and alas now is only two) was to the August Sub-Commission of the Human Rights Commission. So an important task, not in my job description, was fast opening up challenging and interesting new vistas.

This was compounded by my first trip, a month later, to the 68th WUS International General Assembly, from 6 to 10 September (1988), where Nigel roped me in to edit the final draft of the Lima Declaration on Academic Freedom and Autonomy of Institutions of Higher Education. In exchange, Nigel ordered Pisco sours for the author of the draft, Professor Manfred Nowak, of WUS Austria and myself as we worked late into the night at the hotel bar. Our “work station” allowed us to see a number of delegates returning to the hotel with “guests”, which provoked Manfred to quip: “Nigel I think you were too generous with the per diems”.

Despite a curfew, imposed by the military on the first day, the Assembly went ahead. Apart from the significant adoption of the Lima Declaration, which remains an international reference on Academic Freedom, the gathering was a fast track introduction for me to the rather special nature of the international organisation. It was the delegates of its independent National Committees who voted their approval of international programme plans and all the important international posts of President, Board Members, General Secretary and Associate Regional Secretaries. This made the meeting a hot bed of intrigue and negotiation prior to the voting and somewhat distracted attention away from the thematic debates, in particular around academic freedom. As WUS was a relatively well-known international NGO with substantial financial resources, to manage the large refugee programmes, many delegates wanted endorsement for their issues (both thematic and political) as well some leverage on how the “cash” would be spent. It took all of Nigel’s vast diplomatic and multi-lingual skills to achieve compromise agreements, including on his own re-election. Whilst it struck me as all very democratic I wondered how compromised the leading executive officers were to the demands of the National Committees. Electing the President and Board seemed normal but choosing the persons responsible for operational management appeared rather odd to me.

Back to work I was handed the job of an overdue evaluation report on the Central America Refugee Programme for the WUS Committees and Government donors of Denmark, Sweden, Netherlands and the UK. The in-region programme was mainly administered by the WUS Committees in Costa Rica and Mexico, which were havens of relative political stability at the time. I met with programme administrators and grant holders in both countries and discovered quite a mess. Whilst a majority of the registered political refugees had benefited from the scheme to study and be trained in technical skills, that were essential for their new life in exile, there was obscurity surrounding around a third of other beneficiaries that I reckon would have been a test even for Sherlock Holmes to solve. Weeks of dogged trawling through in-country and Geneva files resulted in an acceptable report for the donors but left me concerned about the National Committees’ capacity and use of the refugee programmes. After submission of the report I expressed those concerns to the WUS President, Hugo Miranda and Nigel. However, I got the impression that because they were elected by the National Committees they were reluctant to be too strict with them. What had worried me in Lima was confirmed six months later.

Fortunately, my line manager, Ximena Erazo, preferred to run the refugee programmes and I was asked to look after the community development projects. This brought me into contact with National Committees who were not so involved in Refugee Programmes, such as Bolivia, Peru, Paraguay, Brazil, Uruguay, Argentina and Chile. The projects were varied, such as: literacy projects in shanty towns, rural and mining communities; women and children’s rights projects; and income generating to empower indigenous rural women. The National Committee members usually gave their time voluntarily to administer, very competently, the funding that we had sent them for these projects. Almost all of these projects were successful and clearly appreciated by their beneficiaries. I had memorable encounters, for example with the enthusiastic and committed teachers who made up the Bolivia Committee. They sent me off on bus rides up in the “altiplano” to meet with project recipients such as Tin miners. After a hard day’s work down the mines they explained why their library and literacy classes, that we funded, via WUS Bolivia, were essential for the education of their children, who they hoped would find better employment than down their dangerous mines. They showed me the appalling conditions of their work which were medieval compared to the coal mines I had been down a few years earlier in the North East of England. I concluded that the community projects schemes suited many of the National Committees better than the large and politically charged refugee programmes. However, project funding was regrettably limited or had not been sought/made available to the same extent for this rather underdeveloped side of WUS work in Latin America.

The WUS refugee programmes clearly deserve a lot of credit for the timely relief they brought to thousands of exiles, especially from Latin America and South Africa. However, the sudden increase of double the funding following the Williamson scandal and collapse of the NGO he had infiltrated, created a distortion in the natural development of WUS, that would have considered other operational options if it hadn’t been obliged to administer the millions of dollars for political refugees.

Without a doubt my three years with the International Secretariat was very enriching on the professional and personal fronts. Thanks to WUS I got far more involved in international human rights work, for which rather surprisingly Queen Elisabeth later decorated me twice with honours. A couple of years after WUS I teamed up again with Manfred and others to bring thousands of NGOs to the Vienna World Conference on Human Rights. After that I lead a process to open up NGO access to the UN, after the experience of trying to channel so many national concerns through WUS’s statements. After witnessing how vulnerable human rights defenders in Latin America were to repression, I was later involved in the adoption of a UN Declaration on human rights defenders and the establishment of a mechanism to protect them. With hindsight I now realise that WUS could have had far more impact if it had made more use of the UN, for example as an expert body on education, development, refugees and academic freedom. However, as mentioned earlier, the refugee programmes were all-dominating, at least at the international level.

WUS also introduced me to some wonderful people, some of whom have become close friends, including my wife, who grabbed my attention the first day she walked into 5 Chemin des Iris, the International Secretariat, to conduct the annual financial audit, 30 years ago. In recognition of all of this and much more, every morning, for the last two decades, I have drunk my first cup of tea in a large mug decorated with beautiful Iris flowers. Best way to start the day, enjoy, reflect and move on. 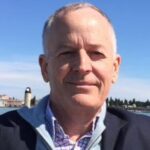 Mark Thomson was the programme officer for Latin America and the Caribbean for WUS International from 1988-1991. After editing the final draft of the WUS Lima Declaration, he worked with Manfred Nowak and others to bring NGOs to the Vienna World Conference on Human Rights. He was later involved in a process to open up NGO access to the UN and in the adoption of the UN Declaration on human rights defenders. He has been honoured by the UK for his international work.