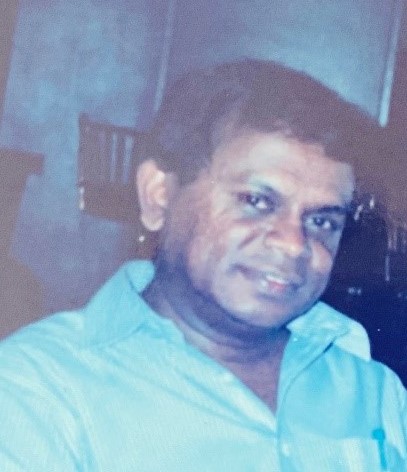 WUS International had been addressing the concerns of human rights issues of WUS committees and their respective countries particularly in the education sector for a long time. WUS’s consultative status with ECOSOC, and as a participant with the UN Commission on Human Rights and the Sub-Commission, was productive and helpful for this task. In addition, WUSI also had consultative status with UNESCO. A major boost for this human rights advocacy came as a result of the ‘Academic Solidarity and Cooperation’ (ASAC) program approved at the 66th General Assembly in Nantes 1984, whose main achievement was the ‘Lima Declaration on Academic Freedom and Autonomy of Higher Education Institutions’, 1988.

After Nigel Hartley assumed duties as the General Secretary in early 1986 the ASAC program properly took off. I was asked to be the Officer in Charge of Human Rights in addition to my regional duties. Many others at the WUS Secretariat were extremely helpful in human rights work. There was much enthusiasm among the staff and the various national committees about WUS undertaking a human rights program. At the UN Commission on Human Rights (UNCHR) and the Sub-Commission every year, WUS made interventions through written reports and oral submissions.i There were a number of delegates who came from WUS committees and associated organizations, particularly from Latin America and Africa, to attend these sessions.

Some of the issues pertained not only to individual violations, but to consistent patterns of gross violations, repressive legislation and military interventions suppressing the media and academics. Some countries were consistently highlighted countries: Guatemala, El Salvador, Peru, Chile, Venezuela, South Africa, Sri Lanka and Palestine. Disappearances were a common pattern in some of these countries including Sri Lanka in the late 1980s. These issues were taken up at the Commission and in other ways. Sri Lankan youth who had to flee the country were assisted in Thailand and elsewhere. Even Hema Goonatilake of WUS Sri Lanka had to leave the country under difficult circumstances and was assisted in Geneva.

Two of the new issues that were highlighted in late 1980s were the suppression of the Tiananmen Square student protests in China and the student and democracy suppression in Myanmar (Burma). In addition to being an Executive Committee member, Raul Molina from Guatemala was a regular participant almost every year and every session of the UNCHR. WUS could accredit around five delegates to these commission sessions and WUS coordinated with Amnesty International, Minority Rights Group, Article 19 and many other organizations on these human rights issues.

The main achievement in the field of human rights during the period undoubtedly was the ‘Lima Declaration.’ It was the commission under the ASAC program that spearheaded the drafting of the declaration. A declaration was proposed at the 1986 Madrid Assembly and the Commission requested Manfred Nowak to present a draft.

“The first draft of the Declaration was written in January 1987, and the Commission took on an arduous process to discuss, test and revise it in consultation with the international network of WUS national committees both at a national and reginal level. The draft was also sent to over fifty specialist organizations for comments and their suggestions proved very useful for the final formulation of the Declaration. The draft was revised three times before it was approved by the WUS International General Assembly in September 1988.”ii

It was important that the ‘Lima Declaration’ was enunciated during the 40th Anniversary of the Universal Declaration of Human Rights (UDHR). The basic principles of academic freedom of teachers, students and researchers of higher education institutions derived from the ‘right to education, freedom of conscience, freedom of thought and freedom of expression’ incorporated in the UN UDHR of 1948.

After the declaration, UNESCO in its many statements and reports came to refer and recognize the importance of the ‘Lima Declaration.’ WUS also conducted a joint workshop with UNESCO together with the International Association of Universities in 1990 in Paris on the subject of ‘academic freedom and the right to education.’ One of the important initiatives of WUS after the declaration was to compile reports on the status of academic freedom in different countries and regions. The first report during my time was titled “Academic Freedom, 1990: A Human Rights Report” published by Zed Books, London.iii There were three more issues thereafter.

Academic freedom is undoubtedly not a WUS invention.iv However, the ‘Lima Declaration’ has been a major landmark in its definition or clarification and development. Many likeminded organizations have taken up the issue much more strongly thereafter and a key issue is still the right to education and more precisely the right to quality education internationally. In September 2016, the Association of Human Rights Institutes (AHRI), consisting of over 50 organizations, adopted the ‘Utrecht Declaration of Academic Freedom.’ It not only recognized the ‘Lima Declaration’ but also adopted the definition of academic freedom given in that WUS declaration. It said the following to the credit of WUS work:

“As a global network of academic human rights institutes, AHRI strongly believes that academic freedom, as defined in the ‘Lima Declaration on Academic Freedom and Autonomy of Institutions of Higher Education,’ adopted by World University Service in 1988, constitutes a fundamental element of vibrant democracies and is essential to advance economic and social development and to generate sustainable peace and prosperity.”v

Academic freedom also means intellectual freedom. Academics are professional intellectuals pursuing their careers in teaching, research and often administering educational processes and institutions. The autonomy of individuals and institutions is a major requirement to preserve and promote academic freedom worldwide irrespective of region, country, gender, ethnicity, religion, political affiliation, ideology, class, caste, social status or any other distinction. Academic freedom as intellectual freedom is also relevant to students (interacting with teachers) and many others: journalists, writers, non-academic scientists and artists.

Academic freedom is linked to freedom of conscience, freedom of expression and opinion. It is because of this broader meaning of academic freedom that academics should as far as possible be free from politics, political parties or sectarian affiliation to religion. It is for the same reason that World University Service is free and independent from political affiliations, parties, any particular religion or denomination. The promotion of academic freedom as intellectual freedom is of paramount importance in the coming period in a world faced by extremely uneven and unsustainable development, climate change, environmental disasters, economic dislocations, and pandemic viruses like COVID-19. Without academic (intellectual) freedom, sciences or arts cannot properly be developed to face the future challenges of humanity.

My contributions on WUS International and my work as Associate Secretary, Asia and the Pacific, are not only based on my memories of WUS International and WUS Asia-Pacific, 1984 – 1991, but also the gist of what I have learnt from those experiences particularly on human rights. My academic focus turned from labour and youth studies to more specific area of human rights thereafter. 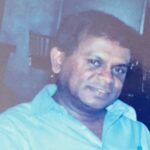 Dr Laksiri Fernando was senior lecturer, Political Science, University of Peradeniya before appointment as associate secretary, Asia/Pacific, WUS International from 1984 to 1991. Laksiri studied in Sri Lanka (BA Economics), Canada (MA Political Science) and Australia (PhD Human Rights) and migrated to Australia in 1991. He was deputy director, Human Rights Centre, University of NSW (1991-2); PhD scholar University of Sydney while teaching (1992-1995); executive director of the Diplomacy Training Program at the University of NSW (1995-97); returned to Sri Lanka as professor, Political Science and Public Policy, University of Colombo (1997-2010) where he served as dean, Faculty of Graduate Studies; Director, Centre for the Study of Human Rights, and Director, Peace Building Project, Ministry of Constitutional Affairs. He was also a member of the advisory committee to the president on Constitutional Reforms; director, Sri Lanka Foundation Institute and Television Training Institute; director and Chair, National Centre for Advanced Studies; and a director of the Colombo Stock Exchange. A Japan Foundation scholar (2005-6), and a visiting scholar in several countries, his two major academic publications are: Human Rights, Politics and States: Burma, Cambodia and Sri Lanka and Thomas More’s Socialist Utopia and Ceylon (Sri Lanka). Since retirement to Australia to join his family, he has focused on popular writing with many publications, and is now enjoying a focus on art.