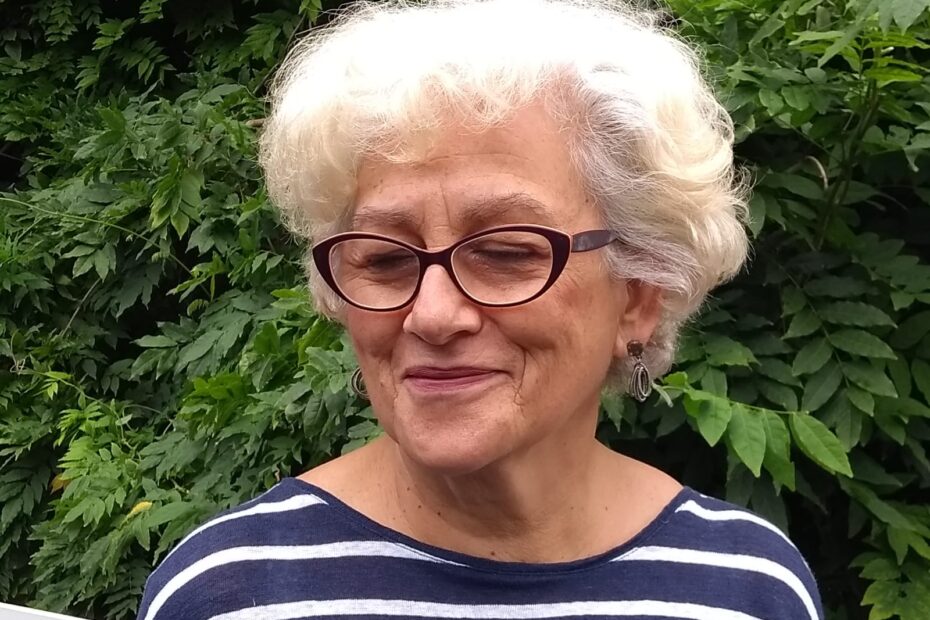 I joined WUS UK in 1979, from the British Council for Aid to Refugees, forerunner of today’s Refugee Council. My initial role was to work on overseas students, with the Thatcher government planning to introduce overseas student tuition fees, and doing so in 1980. My first major task was to accompany a group of distinguished “awardholders” (WUS UK sponsored students) to a WUS Germany conference in Hamburg. The group included the late Mbulelo Mzamane, described by Mandela as “one of South Africa’s greatest intellectuals”, who later became Vice Chancellor of Fort Hare University. We travelled by train and encountered a lot of racism at stations and borders en route. It was shocking.

Sharing an office with Sarah Hayward and Rosamund Henriques was exciting, as both had a major interest and involvement in Southern African education programs. My role changed, and from 1980/81 to 1993, I administered WUS UK’s South African Scholarship programme, the Namibia Access programmes, and the Southern African Campus Scholarship Scheme. Sarah had experience, vision and enthusiasm and much of our success in developing new programs and securing funding was down to her. The main part of the funding came from the ODA, now DFID, with part from Scandinavian donors. Susan Mshana later joined us as secretary on the programs. She was very able, covered for me when I went on maternity leave, and went on to a distinguished career at DFID.

The 1980s were an exciting time to be involved in Southern African educational programs. The political atmosphere was highly charged, and when you travelled to Southern Africa for work there were always a lot of security considerations. Travel had to be approved by the offices of the liberation movements in London, as well as their officials in the region. I received a death threat at one point, via a letter sent to the WUS UK General Secretary, but the sender was never revealed.

For WUS UK’s South African scholarship program, I worked to a Committee headed by Prof. Shula Marks, with Anne Yates and Martin Blakey as members. The program was small, and linked to the Southern African Campus Scholarship Scheme, whereby almost every UK university and polytechnic offered a scholarship (normally one at a time) to a South African or Namibian exiled student, for undergraduate or postgraduate study. The scholarship covered fees and a maintenance grant and was mainly funded through student unions and academic support. WUS’s Field section worked with student unions to support and increase the number of scholarships in the scheme. Recipients often played a major role in anti-apartheid campaigns on campus and the scheme was valued by SWAPO, ANC and PAC, who were the main channels for student applications. The Campus Scholarship scheme increased the number of UK study opportunities available to Southern Africans considerably and so was important in its contribution to trained manpower in the region. The scheme was not initiated by WUS, but WUS took over the administration in the late 1970s. In today’s world, people find it hard to imagine the level of support offered to exiled students by the scheme. Some years ago, Sarah Hayward and I discussed doing a tracer study to gather information on ex-WUS award holders, but sadly it was not to be.

WUS UK had good relations with the London SWAPO office and with Nahas Angula, who was in charge of education for SWAPO exiles and later became the third Prime Minister of Namibia 2005 – 2012. SWAPO was interested in courses that would enable Namibians to enter UK universities, by bridging the gap between the UK and Namibian education systems. WUS UK developed a one year access course, which the ODA funded, and the first group of students did the course at Paddington College in the early 1980s. The following year I went to Angola with a science teacher from South Thames College, to interview young women and men living in a transit camp, for a second access course. One of the young women asked us not to forget the female applicants who tended to get overlooked for study opportunities.  We recruited as many women as possible and I recall telling both SWAPO and ANC education offices that if they didn’t put more women forward for scholarship opportunities via WUS UK, we wouldn’t be able to handle their overall applications. The number of women applicants did increase from that point on.

Other UK based scholarship providers were the Canon Collins Trust, led by Ethel de Keyser, and Africa Educational Trust, under Kees Maxey. We had close links with both and there was a good spirit of co-operation. I remember the shockwaves when it was revealed that another scholarship provider to Southern Africans- IUEF in Geneva – had been infiltrated by Craig Williamson, a security agent in the South African government. IUEF was dissolved in December 1980.

Travel to the frontline states became part of my job, to WUS conferences, the ANC school at Morogoro in Tanzania, the UN Institute for Namibia in Lusaka, and to Angola. I met incredibly interesting people, including Nahas Angula, Paseka Ncholo, Thozamile Botha and Chris Hani, who was tipped to succeed Mandela, but was murdered in 1993.

I also worked with a group of British and Namibian women to produce women’s literacy packs in English on health topics such as nutrition, pregnancy, childbirth.

Funding for educational programs for Southern Africa work was diverted to the region with the advent of majority rule in 1994. I left WUS UK in 1993, after 14 years. In addition to the work being interesting and worthwhile, I met some great people at WUS. Sadly, Nigel Hartley, Hernan Rosencranz, Parvin Paidar and Sarah Hayward all died before their time.

I went to work at the Nuffield Foundation from WUS, to run a grant fund for women, mainly lone parents, who were studying to improve their employment prospects. I thought it’d be good if Nuffield could do something to help refugee women so asked the trustees to fund a small grants scheme to help refugee women who needed to requalify to work in the UK. They agreed and RETAS, which took over the education advice work of WUS UK, became our partner organization and forwarded applicants to us.

I was interested in and already working with refugees when I joined WUS. I consider myself really lucky to have been involved in the Southern African scholarship programs. Many of the award holders returned home and have had distinguished careers and made major contributions to post-apartheid South Africa and Namibia. I’ve done voluntary work with refugees ever since I retired and I imagine I’ll carry on forever!

After joining WUS UK in 1979 from the British Council for Aid to Refugees, Louise Morris worked on overseas student issues. From 1980 to 1993 she administered the WUS UK South Africa Scholarship Program, the Namibia Access Program and the Southern African Campus Scholarship Scheme. From WUS she went to the Nuffield Foundation to run a grant fund for women which she helped extend to refugee women needing to requalify.