While WUS International originated in relief work following World War 1 and again during and after World War 2, significant changes from the late 1950s led WUS into a wider role. Its membership expanded especially in the so-called developing world as colonial regimes fell, and the relationship between higher educational institutions and the needs of the wider community came to the fore. At first the focus was on student welfare, and the WUS projects in the two countries discussed supported health clinics, textbook provision, accommodation and other on-campus facilities.

In 1968 student dissatisfaction with old structures and courses spilled onto the streets. Dr Filemon Tanchoco wrote in the introduction to a WUS sub-regional workshop on community development held in the Philippines in 1972 that “…in 1968, the winds of change started to blow in WUS. It started with the French WUS Committee which was very much involved in student movements…They started to question why WUS should concern itself merely in things that were of the students’ world…In fact WUS was one of the first organisations to talk about the social role of the university…” (‘Rethinking “community development”. Report of the First Asian Sub-Regional seminar-workshop on community development’, The Philippines, 2-10 May 1972, WUS 19/29/A – no. 2526).  The 1968 WUS General Assembly at Leysin, Switzerland, named three theses defining WUS concepts of the university community that should be given priority in the determination of the programme of action:

An approach to shaping the university’s service to society was for some governments to require students to participate in community development projects in order to qualify for graduation. The two WUS projects described here had links to those requirements, initially for Indonesia, later for The Philippines. WUS played a significant role in the development and management of the activities and in obtaining WUS international funds towards to their implementation.

The project was located in an extremely rugged area 45 km from Jogjakarta, Central Java, at the foot of active volcano Mt Merapi, with 20,000 inhabitants in two village clusters. The area had been surveyed three times by the government, first in 1951, to introduce a permanent water supply, but no action followed. It was an area of limited resources and subsistence agriculture. Following a survey by the Department of Community Development (BIPEMAS) at Gadjah Mada University an ambitious three-year project was developed with the water supply central and Anton Soedjarwo, a final year engineering student with prior experience with a similar project, drew up the system designs. WUS was a partner with Gadjah Mada for project implementation, under the aegis of the national Ministry of Education and Culture. WUS’s role was facilitated by its national chairman, Koesnadi Hardjasoemantri, who was the Secretary to the Ministry of Higher Education (within Education and Culture).

Anton and five fellow students spent an initial 10 months living in a headman’s village to gain their trust and cooperation and to design the water system, a challenge both to bring in materials and to overcome the rough terrain. They brought their own food so were not a strain on meagre local resources. When Anton showed me the project in 1973, the main system was in place, water flowing from two reservoirs first via concrete and then bamboo pipes to half the villages. There was a weekly rotation of 6 student assistants and local participation throughout. Anton was aware of a persistent problem with such projects, maintenance of the installation. He therefore designed as simple a system as was compatible with effectiveness and durability, and through their participation, helped the villagers gain the skills to continue after the students withdrew. Although the pipeline system was not complete, the next phase, improving food supply, began just after my visit when Anton released thousands of fishlings into ponds created by the new system. There was also enthusiastic talk about new, marketable crops. Such projects bring their own problems, one being education for and access to marketing, and the inevitable issue of improved transport leading to villager exodus. The student presence had led to increased school participation and the system freed children from long hours carrying water; would the youth stay? Despite evaluations of the conduct of the project, I have not seen any evaluation of the student experience, nor of the further stages. However, it was an impressive example of sustained university-community development cooperation.

This project, originally known as Operation LINA, began as a youth to youth program, university-based, with the long-term goal of helping to promote social justice in the Philippines. It was launched in 1970, sponsored by Manila Central University and the Philippines Youth Coordinating Council. In 1969 there had been considerable political unrest in The Philippines. The Madras WUS General Assembly in 1970 stressed service to the people by the student community. And with WUS active amongst Filipino students, it soon became involved in Project LINA, obtaining finance for this from WUS Canada.

Documents, and discussions I was able to have with WUS Philippines colleagues from 1970 onwards reveal an ambitious project, intended to be nation-wide, and with a focus on seminars/workshops to discuss the underlying philosophy and aims, implementation and evaluation. The overall aim was to bring about social justice through community development; provision of opportunities for concrete and realistic involvement of active students in a continuous search for relevance and meaningful experience, and motivation of barrio people to involve themselves in activities that will improve the conditions of their own lives and the community as a whole. Volunteers were trained before deployment to projects in education, health, livelihood, self-government and more.  Research-action was its main approach.

A guiding force was the late Dr Filemon Tanchoco (Ting), Vice-President of Manila Central University, WUS Philippines chairman and WUSI chairman until his death in a car accident returning from a project in 1977. On a visit just before that event, I met student participants in LINA health projects and have a lasting memory of one young dental student excitedly describing how much more careful one had to be when having to foot-peddle in order to operate the drill. The young team continued Ting’s work with Project LINA until I lost touch and I suspect political events in The Philippines under the late Marcos regime affected the ability of universities to continue such work.  Both projects stand out to me as prime exemplars of the community development phase in WUS and I was privileged to see them at work. 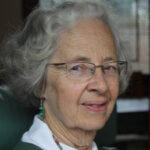